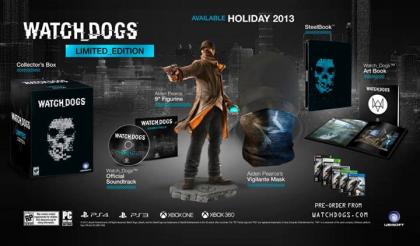 Yesterday, Ubisoft released a brand new story trailer of Watch Dogs showcasing some in-game gameplay footage from most recent next-gen build. Something was amiss related to graphics/visuals in the footage, it was heavily downgraded from the build we saw at E3 2012 and E3 2014.

Fans immediately noticed the difference and lambasted Ubisoft for ruining of great game with great potential.

Read some of the most surprising tweets of Tessa below:

“Bit bummed about some people not liking the graphics of the #Watchdogs trailer! I saw the game guys and it looks INCREDIBLE! #promise”

“Trust me on this one, you won’t.. i saw the game it looks incredible. It looks what a next gen should look like.”

“Really they didn’t downgrade anything,its just a little different then when you first saw it i guess. It really does look great”

“i was in montreal, i saw the game, i played the game… people who know me, know i dont make false promises.”

“my opinion of the game is purely based on what i saw when i was playing it.” 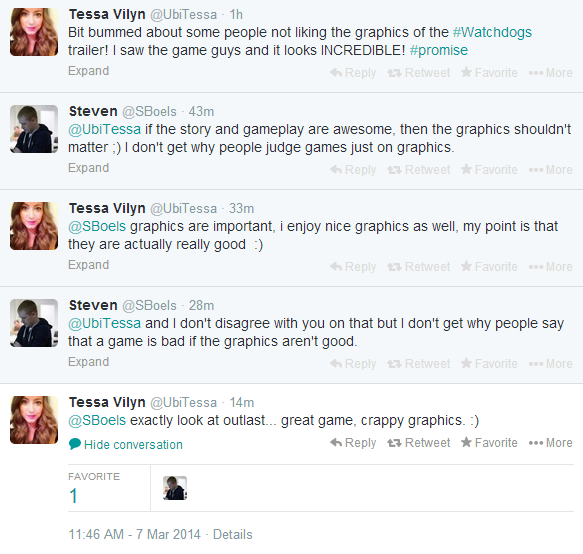 And to this Tessa Vily replied: “yes! did’nt see my tweet an hour ago? 😉 Believe me the game is not downgraded, that would just be a bit ridiculous. :)”

The graphics/visuals downgrade in the new story trailer is an open secret now, you can check out some of the comparison GIFs and comparison footage in our post: Watch Dogs Graphics/Visuals Downgrade Controversy: “Ubisoft Are Frightened With Fans Backlash“. NOTE: Few GIFs is posted below

Tell us in the comment section below, what you guys have to say about the clarification issued by Ubisoft’s PR & Event Manager Tessa Vilyn? 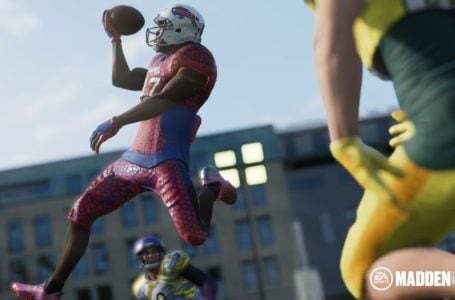 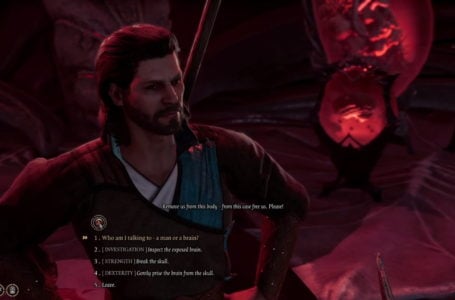 What are MUT Footballs in Madden 21?