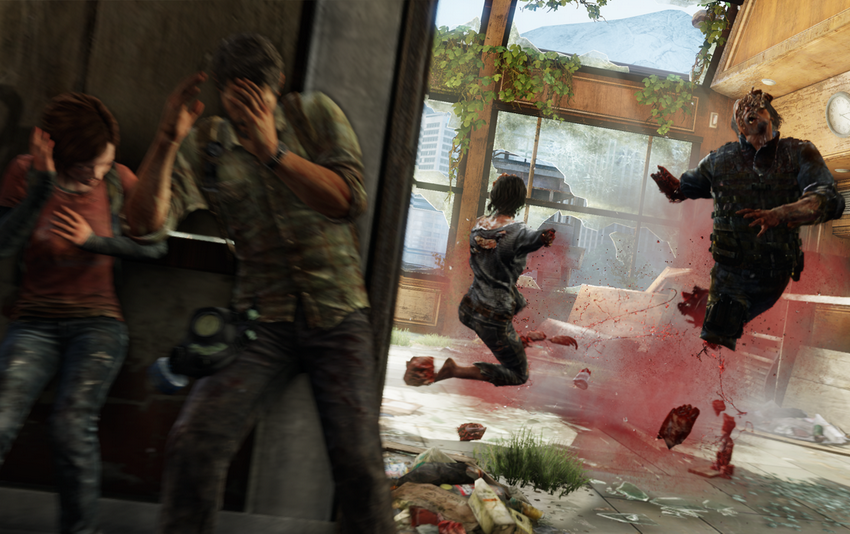 The Last of Us Pic 1

Today, Naughty Dog and Sony announced The Last of Us: Remastered for Playstation 4. The developer also confirmed that the game is already running at 1080p on PS4 and development team is targeting 60 FPS figure.

Just a few hours ago, Naughty Dog also released “The Last of Us: Remastered” PS4 announcement trailer showcasing how exactly how the game will look like on PS4 (just a few secs of footage that too at the end of the trailer, if you missed it don’t worry watch it below now).

Immediately after the trailer release announcement, NeoGaf users have started comparing The Last of Us PS3 vs PS4 screenshot. You can take one such screen below, it compares scenery in the PS3 version versus the one which was showcased in The Last of Us: Remastered announcement trailer. The graphics/visuals and texture difference is truly incredible: “Ledge, surroundings, leaves and many more”. Click on the image below to enlarge, PS4 version is at the bottom:

One NeoGaf user decided to see how pre-rendered cut-scenes in The Last of Us will look like at 60 FPS. Watch the gameplay footage HERE.

Tell us in the comment section below what you guys have to say about graphics/visuals difference between The Last of Us: Remastered PS4 vs The Last of Us PS3?