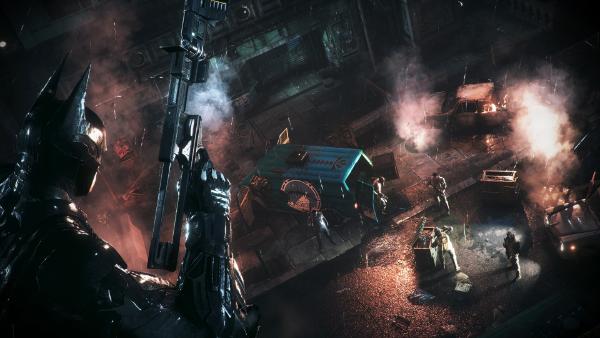 Warner Bros and Rocksteady has just released a brand new gameplay trailer for their upcoming Batman: Arkham title, Batman: Arkham Knight. The trailer is titled as “Evening The Odds” and as expected is full of action and showcase Batman with Batmobile doing everything possible to save Gotham City.

At the end of the trailer, there’s a glimpse of Batman vs Arkham Knight Clash. So a must watch the trailer for all Batman Arkham franchise fans.