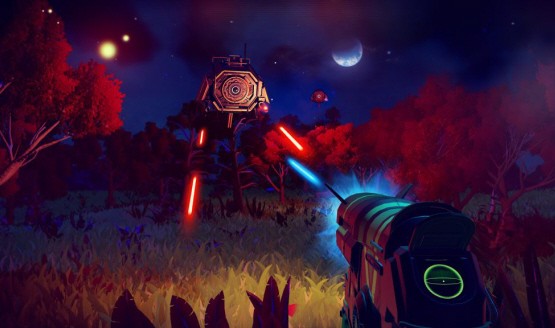 Xbox One “Parity Clause” is touted as one of the main culprit behind lack of indie developers supporting Xbox One and releasing their game first on PlayStation 4 (and some even going out from exclusive deal with Sony). In a recent inner circle podcast, ID@Xbox Director Chris Charla invited indie and other developers to come forward and talk with them if they have any issue with their policies, and also stated that Microsoft would love to have Hello Games’ No Man’s Sky on Xbox One.

“If you’re worried about policies,” Chris Charla said, “we try to be really easy to get in touch with. When we talk to developers, we try to be really transparent. Don’t assume that something you read on Neogaf is our policy, just talk to us.”

Furthermore, Clara clarified that Microsoft has no issue whatsoever with developers releasing their games first on other platforms, however they want to see some exclusive stuff when that same game launches on Xbox One.

“We totally understand, especially for a smaller developer, one or three person shop but if someone is coming through ID@Xbox policy and they are like ‘I need to ship these games serially like I can’t ship all the console versions on the same day’, we totally understand that and we are completely happy to work with people on that kind of thing.

But if somebody takes money for exclusivity for another platform or ships the game on another platform or does not ship on the Xbox, you know long time later or several months later they decide to ship on Xbox, all we ask is that they add something to the game to make it fresh for Xbox players. So Xbox players will get something fresh when they download the game. Our goal is to make sure that if the developer wants to ship the game on Xbox, they can ship the game on the Xbox One. That is the ultimate bottom line.”

Talking about Hello Games’ No Man’s Sky, Charla stated that “I would love to see [No Man’s Sky]” on the Xbox One, but its up to developers.