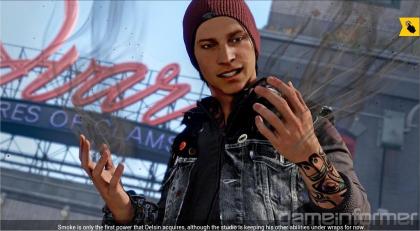 The confirmation came from Infamous: Second Son Development Director Chris Zimmerman via pre-stream segment of the the PlayStation All Access event.

Chris said: “The PS4 for us has been great, we can fun at Full 1080p, 30 frame per second rock solid, and just throw tons of triangles, tons of pixels, tons of particles at the screen.”

He further added, “It’s actually been a surprise that it’s been this easy for us to get the game to run as fast as it does and to run as spectacular as it does.”

In addition to this, Sucker Punch also announced release date of Infamous: Second Son, its March 21, 2014 and also released brand new trailer titled as “Neon Reveal” trailer. Take a look at the latest footage below.