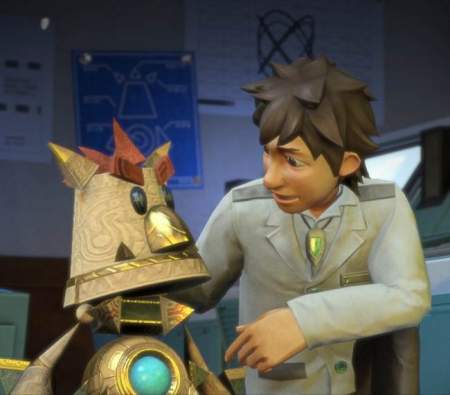 The official back cover art of Playstation 4 exclusive “Knack” has arrived on internet revealing some never heard before details which Playstation fans will not like.

Knack on Playstation 4 will need 37GB HDD space, supports 1-2 player co-op but it might not support the much talked about Remote Play Feature.

How far this is TRUE we have no idea, we have contacted Sony for some official words on it. Stay tune to Gamepur as we will update this post as soon as we get to hear something from them.

Take a look at comparison screen of Knack back cover with Killzone: Shadow Fall Back Cover. Knack is a first party title, and Sony has already announced that all first party games will support remote play feature between Playstation 4 and PS VITA. This might just be a mistake and someone might just have forgot to put “Remote Play” mention on back cover art.