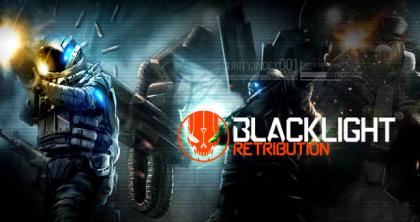 They were called Tenno. Warriors of blade and gun: masters of the Warframe armor. Those that survived the old war were left drifting among the ruins. Now they are needed once more. The Grineer, with their vast armies, are spreading throughout the solar system. A call echoes across the stars summoning the Tenno to an ancient place. They summon you.

Across the continents of Auraxis, thousands of players will come together in enormous battles to win control of territory and resources for their empire in PlanetSide 2. This sequel takes all the groundbreaking features from the original massive multiplayer battles, distinctive empires to rally around, and enormous continents to support intense ground and air combat and adds features that modern gamers have come to expect out of the FPS and MMO genres.

A massively-multiplayer experience, DC Universe Online brings high-energy action to the forefront with a combat system designed to deliver a fast-paced action experience with the extraordinary powers of your personally created heroes and villains at your disposal. Battle with or against their favorite DC Super Heroes and Villains including Batman, Superman, Wonder Woman, and The Joker. For the very first time, players and fans will be able to enter this fabled world as an active force for good or evil.

Bringing the hit military MMO franchise to consoles for the first time, War Thunder provides players with unparalleled first person gameplay entertainment experiences that allows them to enter into action filled, highly explosive World War II battles from the air, mobilized on the ground or out at sea.

In the remote mountains of Colorado, horrors wait inside Mount Massive Asylum. A long-abandoned home for the mentally ill, recently re-opened by the “research and charity” branch of the transnational Murkoff Corporation, has been operating in strict secrecy… until now.

Acting on a tip from an inside source, independent journalist Miles Upshur breaks into the facility, and what he discovers walks a terrifying line being science and religion, nature and something else entirely. Once inside, his only hope of escape lies with the terrible truth at the heart of Mount Massive.

Driveclub is a next generation, socially connected racing game that captures the heart and soul of car culture and the passion it creates. Driveclub is a game to play in real clubs. It’s about friendships and rivalries and team-based racing, together in the world’s best supercars on the world’s most breath-taking roads – all rendered in cutting edge next generation graphics.

You play as Wilson, an intrepid Gentleman Scientist who has been trapped by a demon and transported to a mysterious wilderness world. Living in a randomly generated world, Wilson must learn to exploit his environment and its inhabitants if he ever hopes to escape.

Secret Ponchos is a Western shooter by Switchblade Monkeys. The premise of the game is “What’s Your Head Worth?”. Players create an outlaw (a persistent character) and enter the town of Lonetree – where they instantly have a bounty on their head. Players then engage in battle against others, battles where one will stand and one will fall.