Mario & Rabbids: Kingdom Battle ended up being one of 2017’s surprise Nintendo Switch hits, combining the Super Mario world’s charming characters, tactical combat mirroring Firaxis’ XCOM series, and… Rayman’s Rabbids. And for some reason, the game worked well, delighting critics and Switch fans alike. Now, a second DLC offering is on its way for the game, with a new playable hero scheduled for release.

In Nintendo’s eShop listing for Mario & Rabbids Gold Edition, Nintendo teases that the upcoming rerelease comes with a season pass that unlocks “an exclusive world featuring a new hero” that’s “coming in early 2018.” As to who and where, that remains a mystery. Super Mario Odyssey, anyone?

While fans will have to spend the rest of the year speculating as to who is headed to Mario & Rabbids, the game’s new hero and world may be in Switch users’ hands sooner over later. IGN speculates that the game’s second DLC will land on Jan. 16 next year, just two months after the Gold Edition goes live. If so, then expect more info on the upcoming DLC sooner over later. 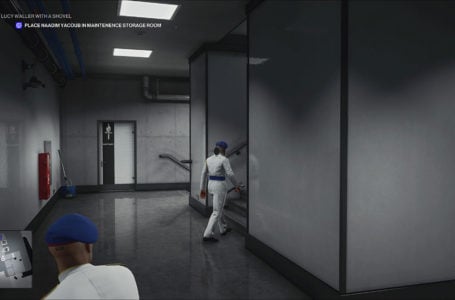