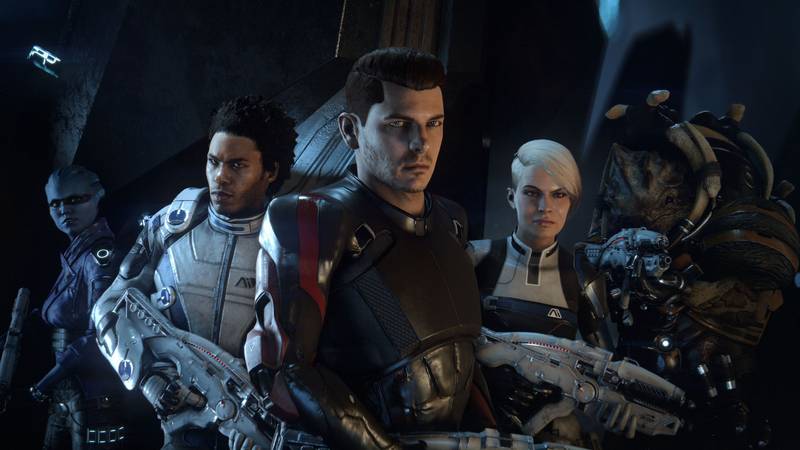 New interesting tidbits about the upcoming Mass Effect Andromeda have slipped from the latest issue of the PC Gamer UK March issue, where producer Mike Gamble took the stage and released a few hints at the way the story campaign will work. The game’s coming on March 23 for PC, PlayStation 4 and Xbox One.

According to the issue, Andromeda will feature over a dozen ‘hubs’ in addition to the planet areas, including the Nexus, a Citadel-like space station, and Kadara, a populated zone that looks like a more cyberpunk version of a Wild West town from Firefly. There is no “big bad” like the Reapers, no overarching threat this time, and the story is said to be more optimistic.

“The Reapers had basically attacked and everything had all gone to shit. It’s really hard to have a story about an individual, their struggles, their personal crises. For Mass Effect Andromeda we wanted to remove that a little bit so that we can tell stories of exploration, stories of a more casual nature. We definitely want to take on a bit of a lighter tone, for sure,” Gamble added.

“One of the things that were very critical for us early on was this saying that when we develop these planets, each one needs its own story and its own history, its own backstory and its reason for existing (…) We are approaching the completionist aspect very differently because we’ve done and learned a lot from Inquisition. But we’ve also observed what other games have been doing, like The Witcher. And it was very important for us that the quantity of scope doesn’t downgrade the quality of whatever you are doing there.”

Finally, story quests are said to be more arena like rather than in the open world, and side quests are depicted as meaningful, which should make it more interesting for players to explore them.