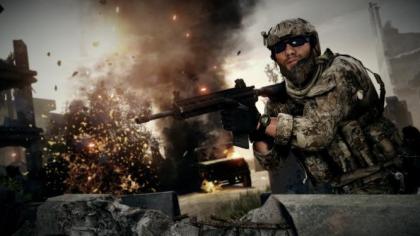 EA has announced that Medal of Honor: Warfighter multiplayer beta will go Live in October exclusive for Xbox 360 gamers across the globe.

Not only this, gamers who will get access to Medal of Honor: Warfighter beta will get 60 minutes of Double XP when the full game launches.

The multiplayer beta will give gamers access to new multiplayer mode called HotSpot, where players “attack and defend randomly-selected locations on the Sarajevo Stadium map in Bosnia.”

The beta will be available in limited time period and in early October 2012.