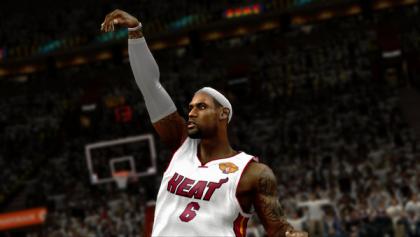 Online Retailer Amazon has just confirmed via their official website that NBA 2K14 will need over 50GB HDD space on Playstation 4 and Xbox One if players decide to downoad the game on either console.

As per the details revealed by retailer, NBA 2K14 on PS4 will require 50GB HDD space, whereas on Xbox One it require 60 GB HDD space.

If this is the case with a sports games, just imagine how much HDD space a large scale RPGs or adventure games like The Witcher 3 will take?.

Recently 2K Sports the very first screenshot of Playstation 4 version of NBA 2K14, you can check it out HERE, it look damn gorgeous.