Microsoft’s Major Nelson has revealed some intereting new details about Xbox One during Q&A session at held at Boston on September 20.

Nelson also promised more details on headset adapter is coming soon. Take a look at full Q&A which gives out more Xbox One details related to HTML support and other features:

Can we play our own media files on the One via local network
and external drives just as we currently can on the 360? Background
playback?

Major: The engineers of Xbox One want the system to be a total media
device, so while he can’t confirm anything, it seems there will be some
solution for personal media.

New info on the headset adapter?

Major: Soon. He will update us when more info comes in. It’s being worked on.

Will IE on Xbox One support flash? It seems likely since Metro IE does, but would be nice to have some confirmation.

Major: HTML5 will be supported for sure. The browser experience will
be similar to the Modern OS experience on Windows 8. This could mean
basic Flash functionality, but the functionality of most sites is moving
to HTML5 so Flash probably won’t be much of an issue on the most
popular sites people would want to use.

Major: Not at launch, but this is obviously something being looked
at. This is already done on the Xbox 360 currently. MSRP will be the
same on pricing for digital at launch.

Major: The extra port was only on some development systems and is not
part of the final product design. So you won’t see that port in retail
systems.

Try and see if he will tell you what the 8GB of flash memory is for?

Major: No idea, yet. I’m sure he can elaborate as more info comes in from the engineers.

Major: Developers are loving the system SDK and the performance.

Me: As someone who is working on systems for both the PS4 and X1
there will be little to no difference on multiplatform titles. Both
systems have similar features and work phenomenally well performance
wise. Everyone should be super happy.

Any tour events planned outside the US before launch?

Major: There is something in the works for Europe from the local team in those areas.

Why should I get an Xbox One?

Major: It’s the device for everyone, it has the features to please
the hardcore gamer and even media fans. No features were created at
another’s expense. It’s as much about games as the Xbox 360 and has the
added abilities that make it the best in TV, Movies, and Sports.

Major: He loves the fans and the Reddit group has been great to
interact with. He’s super excited for us to have our new Xbox One
systems and see the community that we will build around it. We are what
makes Xbox and Xbox Live great.

Will Groudon be shiny during five-star raids in Pokémon Go? – January 19, 2021 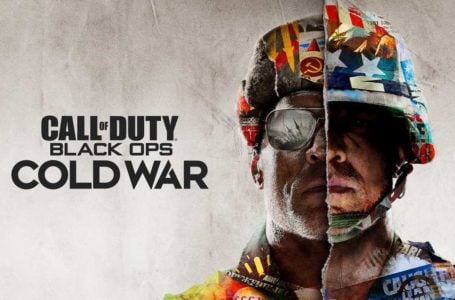 How to get the katana in Call of Duty: Black Ops Cold War