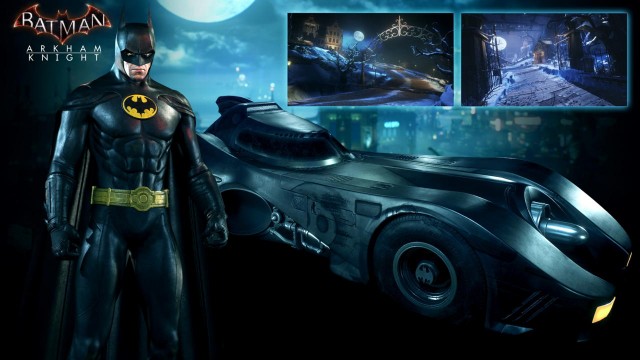 Rocksteady has just shared new batch of in-game screenshots of their upcoming Batman Arkham game, Batman: Arkham Knight. These latest snap showcase some of the lead characters: Batman, Two-Face, Harley Quinn and Batmobile and other stuffs.

For the first time in Batman Arkham video-game series, there will be drivable Batmobile. The addition of this legendary vehicle, combined with the acclaimed gameplay of the Batman Arkham series, offers gamers the ultimate and complete Batman experience as they tear through the streets and soar across the skyline of the entirety of Gotham City.