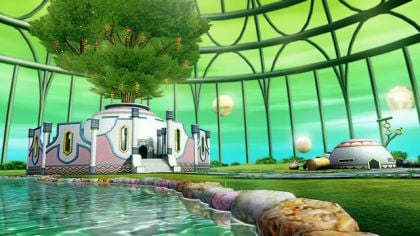 You guys can check out the first screenshots of PS4 Dragonball Game below. In addition to this, Namco Bandai has also launched a brand new teaser site for the game which promises that a trailer is incoming pretty soon.

Tell us in the comment section below: are you guys excited about the next-gen Dragonball game? What you guys have to say about the graphics/visuals in these screenshots.

This Dragonball game will also arrive on Playstation 3 and Xbox 360. No details has been confirmed by Namco Bandai about Xbox One version.