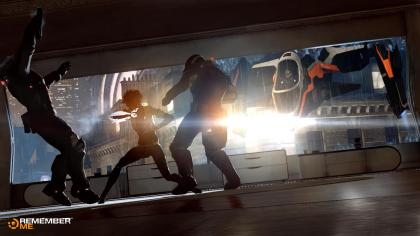 On official Facebook Page of Remember Me, Capcom has revealed brand new character knonw as “Kid Xmas”, and also promised a brand new trailer which will be revealed later this week.

Capcom describe Kid Xmas as a character who “runs his own hacking channel, ‘Channel Fear’, which airs everyday at 9pm in Neo-Paris.” Check out the image that Capcom shared on Facebook.

Remember Me is a new futuristic action title set in Neo-Paris in the year 2084. It will release on PS3, Xbox 360 and PC later this year.