Microsoft has confirmed that July 2014 firmware for Xbox One will add much demanded Xbox One external HDD support. Today, Confirmed Xbox One Dev has shared some interesting new details about this new feature.

He first confirmed that minimum 256GB or Greater and USB 3.0 are the only requirements for Xbox One external HDD, users can select any brand HDD as per their wish but these two basic requirements must be fulfilled.

“Any brand hard drive you want. 256GBs or greater and USB3 are the only two requirements.” said Confirmed XB1 Dev.

He further clarified that ability to add media from PC to Xbox One via external HDD won’t be available via June 2014 firmware. The external HDD will only be usable with Xbox One consoles.

When asked: “Will we be able to add video and such from a PC to watch or will it be formatted purely for xbox one” Confirmed XB1 Dev replied:

“No ability to add media from PC for now. You will only be able to use it with Xbox One consoles. Even if you create partitions, we format the entire drive.”

In another news, Microsoft has already started sending out invitation for Xbox One June firmware preview, it will begin in few days, as per the details in the letter. Check out the snapshot of the invitation below: 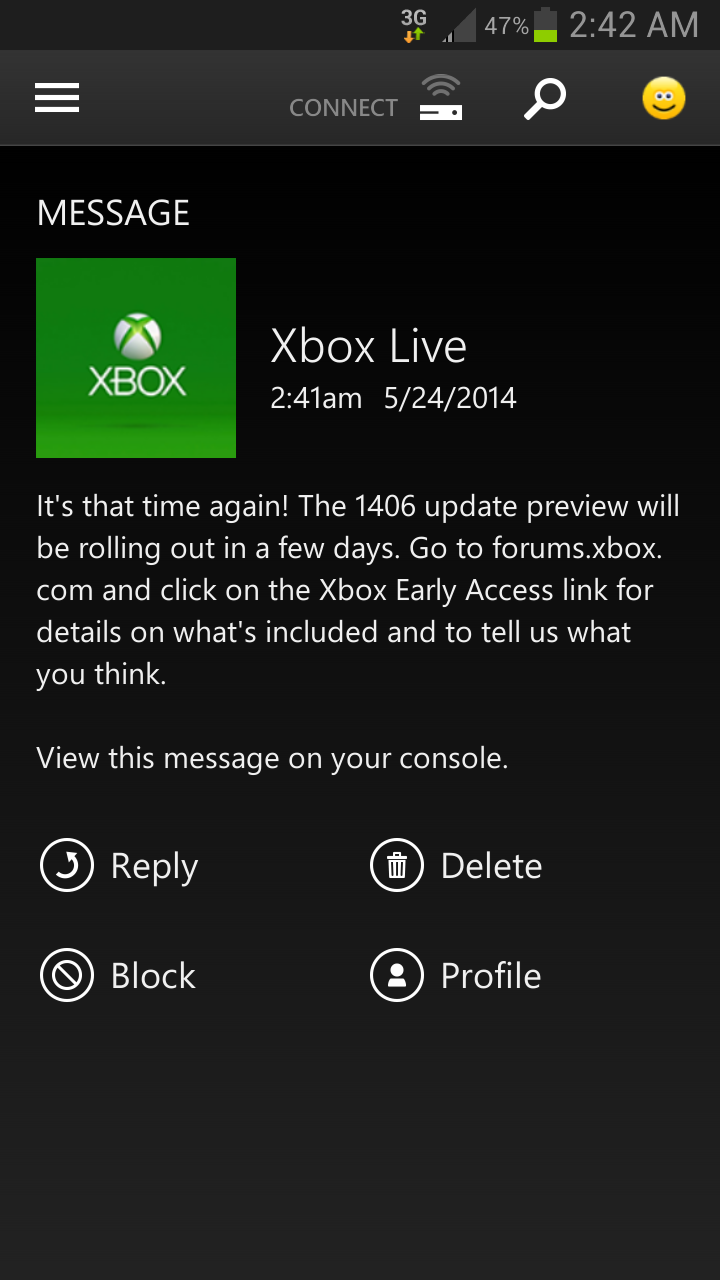