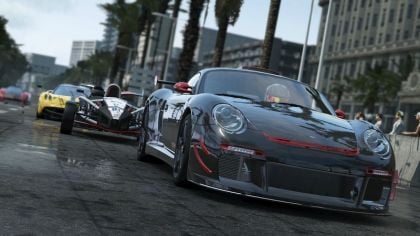 Are Nvidia-exclusive technologies harming PC gaming on other brands’ GPUs? Rev Lebaredian, senior director of GameWorks, doesn’t think so and he went on Reddit to explain that, especially in correlation with CD Projekt RED’s The Witcher 3: Wild Hunt and Slightly Mad Studios’ Project Cars.

“The assumptions I’m seeing here are so inaccurate, I feel they merit a direct response from us. I can definitively state that PhysX within Project Cars does not offload any computation to the GPU on any platform, including NVIDIA. I’m not sure how the [original poster] came to the conclusion that it does, but this has never been claimed by the developer or us; nor is there any technical proof offered in this thread that shows this is the case.”

To players asking for PhysX to become open source, Lebaredian said the code is already open source and that you can access it on GitHub. Anyway, it is worth to note that you have to register to Nvidia GameWorks developer program in order to get that code.

In the meantime, AMD has announced driver AMD Catalyst 15.5 Beta is in the works, so issues on The Witcher 3: Wild Hunt and Project Cars could end soon. In the wait, you can check this AMD-issued workaround:

What do you think about this? Is Nvidia playing dirty against its sole competitor in the GPU business?