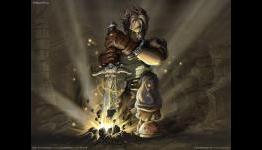 PC/Xbox One exclusive Fable Legends is coming this Holiday Season 2015. Recently, Lionhead Studios announced Fable Legends as a free to play game, and it raised a lot of confusion among Xbox and PC gaming community and the main cause of concern was Lionhead has done this (free-to-play) to push/force controversial micro-transactions feature.

David Eckelberry, in a recent interview to our friend at GI Biz has clarified that no one dictated development team at Lionhead to make Fable Legends a free to play, and for those who have concernes about the game, Eckelberry said: “Fable Legends is biggest and most expensive Fable game ever made in terms of time, investment and number of developers worked on it”.

“It’s a model that is a weapon, in some sense. So a weapon can be used for good and a weapon can be used for evil. We wanted to be sure that the world knew that we weren’t doing this for the reasons of a business model. Nobody came to Lionhead Studios and said, ‘We want you to make a free-to-play game.’ They said, ‘Make a new Fable game.’ And we said, ‘OK, let’s experiment, let’s be innovative.’

“Microsoft is much more interested in making a happy community of players and making the Xbox and Windows 10 a fun place to play – it doesn’t need us to be evil.

The initial announcement omitted details about the free to play model solely because Lionhead wanted players to see it as a AAA game. It’s the biggest and most expensive Fable game that we’ve ever made in terms of the amount of time we’re investing in it and the size of the team. It’s a major project for Lionhead, as big as we’ve ever done.

We really wanted the world to get a sense of that; we wanted everyone to know we wanted to do this innovative thing. Look, whether we had charged $60 for it or brought it to market as we are, we wanted people to be excited about playing it, instead of worrying about how they were going to buy it”