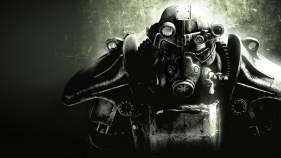 Fallout series fans knows very well that something related to next instalment in the franchise, Fallout 4 is going on behind closed doors at Bethesda. But the studio are pretty adamant about releasing information anytime soon. We have already heard tons of rumours on Fallout 4 and recently via Twitter Bethesda Vice President Pete Hines replied to few queries on them.

Firstly, Hines clarified that “Bethesda does not comment on any kind of rumors or speculations” but when one Twitter user asked Hines out right deny or confirm the rumours? he replied: “hen you should ignore everything unless it comes from an official source/channel. As we’ve said, previously.”

This response of Hines received an interesting reply from another Twitter user, Hines is asking fans to ignore rumors sources and is not debuking them”, and to this Hines replied: “I simply explained that 1) I don’t comment on rumors; 2) if you don’t know what to believe, believe the official sources,”

The last comment from Hines on Fallout 4 rumors debate was interestin. He confirmed that Todd Howard is working on the game: “What’s going on is Todd Howard has stated that it will be a long time before they’re ready to talk about their next game.”

What you guys have to say about comments from Hines on Fallout 4 rumors? Do you think it will be showcased at E3 2014? Share your views with us in the comment section below.