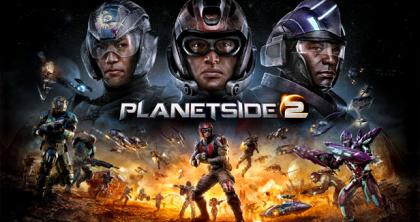 Sony Online Entertainment has finally announced the exact release date of PlanetSide 2 beta for PlayStation 4. The taster will launch on January 20, 2015, and the development team will be using this beta period to test their servers, performance, and various other aspects of the game.

In addition to this, via the comment section of PlayStation Blog, Clint Worley, Executive Producer, PlanetSide 2 revealed some other interesting details about this highly anticipated and much awaited beta. Firstly, Clint announced that PlanetSide 2 beta will be available for gamers in North America, and SOE are still working with SCEE to make this beta available in theEuropean region but the process is taking time. However, PlayStation fans in the US can still try it with an Europe PS account.

“We are working on our SCEE Beta submission. It will be slightly delayed but it is on its way. Once we have a confirmed date we will let our SCEE players know. I would still recommend signing up for the Beta via our webpage just to be sure.

Until we get SCEE approval of our beta submission yes. shouldn’t be too long. It will be English only for a bit.”

“No keyboard and mouse support for the PS4. We have been working on making it a great gameplay experience with the Dualshock 4. If you get a chance to check it out, send us some feedback. We are constantly doing play tests and tweaking the controls to make it intuitive for the controller.”

Clint also stated that beta invites will be sent on January 20 in chronological order, this means players who have signed-up early will be given the first preference.

“We are taking Beta sign ups in chronological order and sending out invites on the 20th. Good luck and thanks for supporting us!”

So PlayStation folks, prepare yourself for some heart pounding and adrenaline pumping experience.