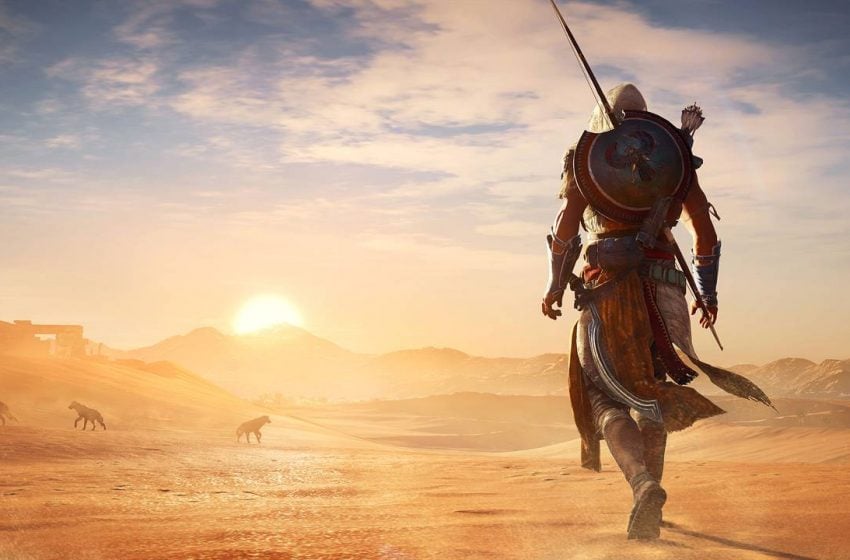 Fans of the Assassin’s Creed universe know that its stories are rooted deep in historically accurate facts, as well as a healthy dose of fiction. While Assassin’s Creed: Origins takes gamers to Egypt for the first time, a novel called Desert Oath will help explain the background of Bayek, the game’s main protagonist. The book itself is scheduled for release on October 10th, more than two weeks prior to the game’s release on October 27th.

Desert Oath is written by Anton Gill (aka Oliver Bowden), who has several Assassin’s Creed related novels to his credit. The novel takes place before the events of Assassin’s Creed Origins and portrays a young Bayek following his father’s footsteps, leaving the peace of his hometown in search of answers. His journey will take him along the Nile and across a country in turmoil as he faces the dangers and mysteries of the Medjay’s path.

Ubisoft has now released an excerpt of 12 pages of the novel for free. They can be viewed as a PDF file and should provide a reasonable overview of what to expect from the novel, and to a lesser part Assassin’s Creed: Origins.

Assassin’s Creed: Origins Desert Oath releases on October 10th in the US and Canada. You can pre-order it now at the Ubi Workshop or on Amazon.