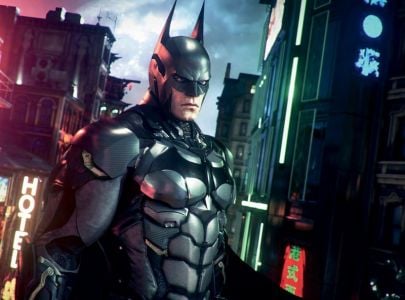 Batman: Arkham Knight is still a day away from its official launch but few lucky PC, PS4 and Xbox One gamers received their legit retail copy of the game early, all thanks to retailers breaking the street date. What are the consequences of this: leaking of Batman: Arkham Knight story and other spoilers way before gaming community get their hands on the game.

The development team at Rocksteady are worried about this and so Co-founder of the studio, Sefton Hills via Twitter has shared a special message to all those who received Batman: Arkham Knight copy early.

Sefton Hills tweeted: “If you’re lucky enough to get an early copy of @BatmanArkham, please #DontBeADick and spoil it for everyone else!”

If you’re lucky enough to get an early copy of @BatmanArkham, please #DontBeADick and spoil it for everyone else!

If you are looking forward to playing Batman: Arkham Knight tomorrow, do yourself a favour stay away from internet or stop reading anything spoilers related to the game.

And for those who still haven’t made their minds whether or not to buy Batman: Arkham Knight, here is over 60 mins of direct-feed PlayStation 4 gameplay, it looks Spectacular.