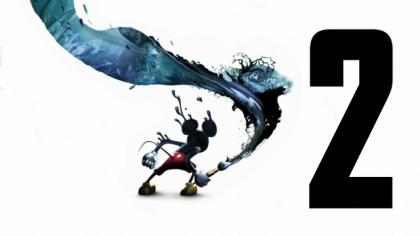 According to reports from Superannuation, Epic Mickey 2 will feature some sorts of Wii U support. The report claims that either their will be a Wii U version of Epic Mickey 2 or Wii version of the game will have support for Wii U tablet.

On Twitter, Superannuation tweeted, “Apparently Junction Point is ‘implementing Wii U support for Epic Mickey 2.’ Not sure if that means WiiU SKU or Wii version supports tablet.”

Wii U controller support for Wii U seems very unlikely, but Wii U version of Epic Mickey 2 make more sense. However we still don’t know how TRUE both these details are. We have to wait for an official announcement.

What you guys want?, let us know your views in the comment section below.