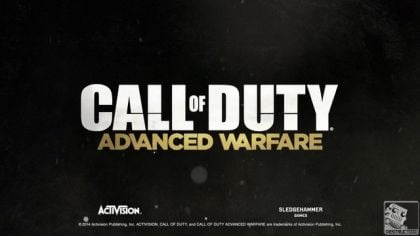 Activision has just officially announced Call of Duty: Advanced Warfare, the next installment in popular FPS series Call of Duty. The game will launch on November 4, 2014 for PC, PS4, Xbox One, Xbox 360 and PS3.

A separate studio is looking after the development of Call of Duty: Advanced Warfare PS3 and Xbox 360 port. Activision promises to unveils names in coming days, probably on May 4, 2014 i.e tomorrow at World Reveal of the game.

“Set in the year 2054, a private military corporation (PMC) has emerged with the power to rescue humanity from a devastated world struggling to rebuild after a global attack on its military and infrastructure. You are the advanced soldier. Empowered with new, cutting-edge exoskeleton abilities, technological advancements, and high-tech gear, players join the ranks of a highly-trained, specialized unit committed to restoring order in a state of advanced warfare.”

Call of Duty: Advanced Warfare has received tremendous response from fans, Xbox One and PS4 version is already in Top 5 list of Amazon’s best seller charts, at the time of writing, PS4 version is placed in fifth place and Xbox One version in 3rd place.