The jurassic-style Lost Kingdom is the seventh kingdom that players can explore in Super Mario Odyssey. You are thrown here after your first fight with Bowser, and you’re forced to collect moons before progressing to the Metro Kingdom.

The world is surrounded by a poisonous sea. One hit will kill you, forcing you back to a nearby checkpoint.

For those brave enough to challenge the difficult level, 50 regional purple coins are available to trade into the store for souvenirs and clothing.

Here’s how to find those coins.

1) The first few coins are located near a lowered platform next to the Odyssey. Simply jump down and pick them up.

2) The next two coins are just above the jungle trees near the path that players take to get to the main area of the level. Jump up onto the trees from the start to get the coins—you can’t miss them.

3) When you cross the bridge where the vulture steals Cappy during the story missions, turn right. Three coins will be hidden right next to the space cube.

4) Next to the previous coins is a poisonous waterfall. There are three coins that players will need to grab in front of it. Climb to the top and slowly slide down to collect them all, then wall kick your way back up to safety.

5) After players make it back to where the vulture stole Cappy, you can see an abundance of coins in this one area. The first will be just above the lone jungle tree in the small area.

6) In the same area, players can see some platforms in the nearby poisonous lake. Take over one of the nearby Wigglers with Cappy and extend your body to pick up the four coins safely.

7, 8) After collecting the coins, players will notice five coins nearby. Three will be in the air and the other two will be just near the drop to the west. Players will need to jump towards the coins and throw Cappy to collect them while landing on the small platform to collect the other two. Be careful and grab the nearby flag to spawn back at the same spot if you fail.

9) Return back to the top by teleporting to the checkpoint flag and make your way over to the moving plus-shaped obstacles. You will find two coins on top and four underneath the first one.

10) Players can then drop down between the two moving plus-shaped platforms to find two coins near the root of the tree. Use a Wiggler to get them safely.

11, 12, 13) Players will find two more coins under the other plus-shaped platform. There are also six other coins inside the nearby mountain. Players can use the nearby Wiggler to grab the ones that are unreachable for Mario.

14) Drop down once more and enter the nearby door where a pipe to a 2D section will be waiting. You will find three coins here.

15) Players should make their way back to the first plus-shaped obstacle and head towards the top of the mountain. Once players reach the top, they’ll come across a capturable creature that has a glide ability. Players can use this ability to reach coins north of the map that are otherwise unreachable.

16) Return to the top of the mountain by using Cappy to teleport to the flag and drop down to the east side of it. You will notice a block in the wall that can be destroyed by throwing Cappy at it. Coins will be found inside.

17) The last set of coins is hidden southeast of the mountain in the center of the map. There’s a small cliff overlooking the Odyssey, which is where players will find the final purple coins for this area. 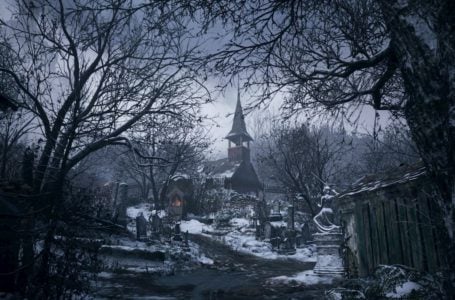