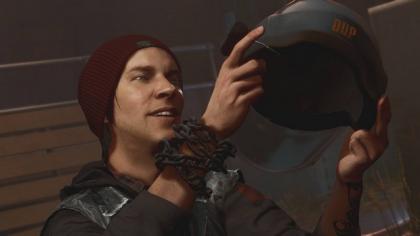 Sony’s Social Media Manager Sid Shuman recently made a comparison between gameplay element of Infamous: Second Son with that of previous two infamous games and also detailed what exactly are the differences.

Furthermore, the PS4 title seems more accessible as the controls feels more like a third-person shooter.

“If you’re a fan of like a ‘Crackdown,’ I think this game is one you want on your radar. This definitely takes the stuff that ‘inFamous’ does well but it was just polished and refined. It was really accessible, the controls work really well. Little bit of a shooter feel, like a third-person shooter feel, but you obviously don’t have a gun. You’re using neon and smoke but it just meant that you can just immediately hop in and it was just very fluid.”

Sid then went on to talked about differences between projectile attacks, he revealed that in first two infamous game, players have to aim down the sights, but now in Infamous: Second Son they are allow to fire from the hip and this makes Delsin Rowe more versatile in combat and traversal.

“They kind of like open the floodgates for all these powers. In the other games you have to sort of aim down the sights, so to speak, to really shoot. In this game, you can essentially fire from the hip. You are just much more versatile I think in terms of combatant and the ability to traverse. So I was really, really digging that.”