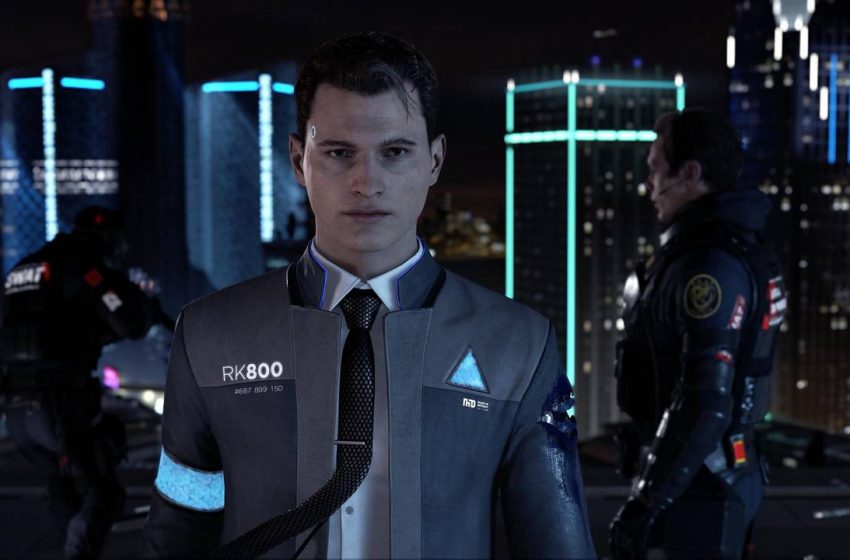 Paris Games Week 2017 (PGW 2017) was a big surprise in many ways – firstly, Sony showcased new trailers for their big AAA first-party exclusives like The Last of Us: Part II, God of War, Detroit Become Human, unveiled Sucker Punch’s new IP Ghosts of Tsushima. Almost everyone expected them to keep these big announcements reserved for PlayStation Experience 2017. Secondly, the gore and the level of violence showcased in the trailer were unexpected – especially the trailer of The Last of Us: Part II and Detroit: Become Human. If you guys don’t know what exactly I am talking about then go through the trailers again – I have posted them below for you – keep an eye on the domestic violence sequence in Detroit: Become Human trailer, and about The Last of Us: Part II, I would better like to keep quiet and let you discover the violence details by yourself.

These sequences stunned gaming community and there was a bit of outrage. Sony’s Michael Denny (Senior Vice President at PlayStation Division) has defended these controversial sequences by stating that “We Trust In Our Creators”.

Speaking to our friend at VG247 after Paris Games Week 2017, Michael Denny said: “We’ve always wanted to have a variety of content, lots of choices, we’ve always wanted to be innovative and sometimes challenge as well. If you look at Sucker Punch’s new game, Ghosts of Tsushima, it’s great new triple-A game, Concrete Genie, something that’s very creative and innovative in its own way, PlayLink and new VR titles. To have thought-provoking and mature content if it’s handled in the right way and aimed at a mature audience, I think that’s part of PlayStation as well.”

“It always has been that we trust in our creators. It’s about the experience and the game they want to make. Clearly, we’re involved in producing that and if you’re going to go into areas of challenging content we need to make sure it’s done in an appropriate way as well,” he added. “Part of these things are about playing the game and putting them in context – making sure it’s thought-provoking in the right way.”

Defending the decision to include the domestic violence sequence in Detroit: Become Human, Michael stated that this specific sequence is not the central part of the game.

“I wouldn’t say it was a central part of the game,” he said. “It’s a big part of that scene about Kara questioning her programming and whether she can react against her master in a very challenging circumstance.

“You’ll see another character, a policeman, and whether or not he saves a hostage or not and the choices there. It’s a very branching game and about making choices for the characters. We introduce Mark as a new character as well, and they’re all going to have big challenges put in front of them. I think the game’s about content that makes you think and making choices in a very branching game with a lot of consequences.”

Michael Denny was not the only one that was seen defending the controversial trailers, Jim Ryan in an interview with The Telegraph stated that “A game made by adults, to be played by adults”

“The Last of Us obviously is a game made by adults to be played by adults. I should never prejudge this but it will probably be rated 18, I think it’s fair to say. And there’s that market for those people who like that sort of game. Adults who like that sort of game. And I think we cater for that, and at the other end of the spectrum, there was Concrete Genie, which my eight-year-old decided was the game she would like to play very much.

“I think a platform holder provides a platform and the people who make games, whether they’re our own studios or third-party publishers, they bring the content to the platform. We provide the platform. We have to ensure the right content is played by the right people – of appropriate ages in particular. I thought The Last of Us Part 2 was a great way to end the show and I feel very good about it.”

It’s good to know that Sony is giving the developers freedom to do what they want to do with their games and what sequences they want to showcase in various trailers even if it’s a first-party game. Furthermore, video games get rated before it’s release and important sequences like these are notified to the consumers.

But still we would like to ask you guys – Did Naughty Dog and Quantic Dreams got a bit too carried away and showed a lot of violence and gore content at Paris Games Week 2017? Share your opinion with us in the comment section below.

Source: VG247 and The Telegraph