Take a look at below pamphlet detailing that Sony will be presenting “Designing a game audio engine for HSA” at AMD’s upcoming Dev Submit in November 2013.

The session overview reads something like this: “Challenges and opportunities offered by AMD’s new APU for the implementation of a real-time audio subsystem for gaming. Topics include codecs, interactive synthesis, DSP, 3D audio rendering, and how HSA is factored in the design of these components in order to maximize performance of the whole platform.”

The man “Laurent Betbeder” named in the pamphlet is none other than audio engineers who worked on Uncharted 2, GoW: Ascension, KZ3 among others. 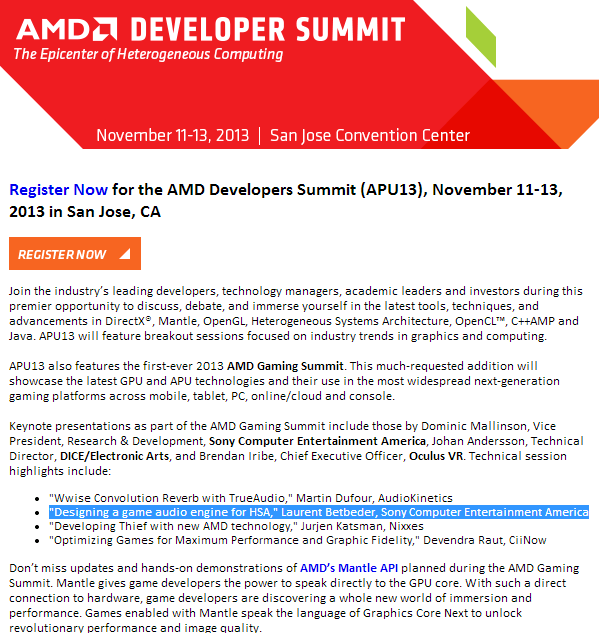