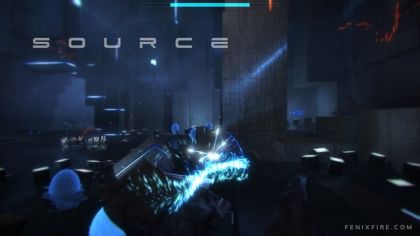 At PAX East 2014, Fenix Fire has announced their brand new surreal adventure title, “Source” for Playstation 4, Xbox One and PC. The game will launch in Summer 2014, however exact release date was not revealed.

You can check out first in-game screenshots and gameplay footage of Source below, along with the list of features. About Source, Fenix Fire says: “You control a creature similar to a butterfly that must prevent the world of Source from falling into eternal darkness by gathering and distributing energy throughout the vast world.”

“In order to achieve this, you must first learn how the world works by observing and coexisting with the various indigenous creatures that inhabit this bizarre world.”

“Playing out as a true metroidvania, you will face many mind bending puzzles and epic moments while constantly putting yourself at risk for the good of the world.”