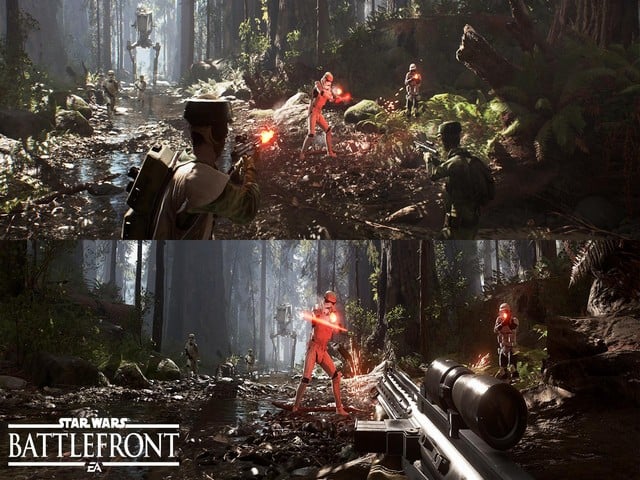 Electronic Arts and Sony have signed a marketing deal with for Star Wars: Battlefront II, one of the most anticipated FPS shooter of 2017 which all trailers and gameplay videos for marketing will be captured from PlayStation 4 and PlayStation 4 Pro. This is a disappointing news for Xbox fans because they would have loved to see DICE themselves giving a direct-feed gameplay of Battlefront II running on Xbox One X – the most powerful video game console available right now in the market.

It’s a bit difficult to give a direct-feed gameplay of Star Wars: Battlefront II running on Xbox One X, but via Reddit user “Grimcicle”, I can provide Xbox fans a glimpse at an in-game screenshot in 4K Resolution with HDR Enabled. You can take a look at the screenshot below. The graphics and visuals indeed look astonishing.

Star Wars Battlefront II is scheduled to launch worldwide on November 17 for PC, PlayStation 4 and Xbox One.