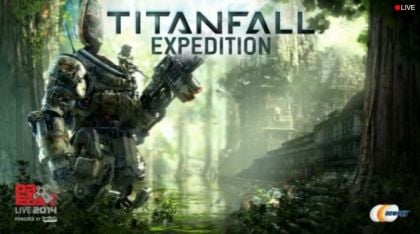 At PAX East 2014, Respawn Entertainment has announced first DLC for Titanfall, its will be called “Expedition” and will launch in May 2014. The event in Titanfall Expedition DLC will take place after game’s campaign mode and will feature a total of Three maps.

The name of these three maps are “Swampland: as the name suggest, it will have ton of tress and numerous zip lines in-order to help you move. Runoff will feature pipes with flowing waters. Last but not the least, Wargames will look similar to beginning training session of the game.”

In addition to this, Respawn also confirmed that new modes and Burn cards will be added to Titanfall for free of cost. One of modes will be called Wingman LTS, which is Last Titan Standing but 2v2.

That’s all we have right now from Respawn Entertainment on Titanfall Expedition DLC. Check out the poster of Titanfall: Expedition DLC showcased during PAX East 2014 panel.

Let us know in the comment section below, are you happy with the content Respawn is offering with Expedition DLC?