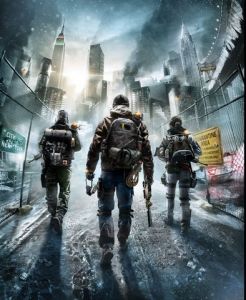 Ubisoft has announced their plans for E3 2015. The developer via their official blog announced that at E3 2015, Tom Clancy’s: The Division, Tom Clancy’s: Rainbow Six Siege and Assassin’s Creed Syndicate will be available in playable form from June 16 through June 18. In addition to this, E3 2015 attendees will also have a chance to get a look at some unannounced titles.

“E3 is always a very special moment for the entire gaming community because we all come together to share our visions for the future of entertainment and reveal the games into which we’ve been pouring our energy and passion. The players’ excitement and feedback when they first experience what we’re developing is what motivates us the most,” said Yves Guillemot, co-founder and CEO, Ubisoft. “We love being a part of this great community, and our talented teams continue to take risks, push boundaries and offer more freedom and choice within our games so that we can create long-lasting, enriching experiences for the players.”

Watch the teaser trailer of Ubisoft’s E3 2015 plan below.