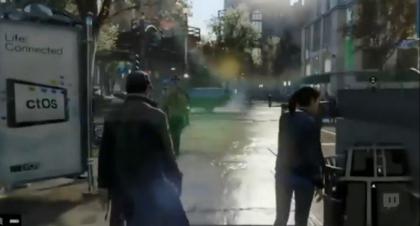 This was a sophisticated toolkit for cyber-espionage activities able to steal data from computer systems, collect information from smartphones, record audio if the system had a microphone, and hack webcam streams, and upload everything to a server.

By that time, with most of the Watch Dogs script already complete, the developers were just polishing it to make it look more realistic. This is where the team of Kaspersky Lab experts joined in.

It provided technical consultations and recommendations on what they considered was accurate, and what could be tweaked, edited or changed to make the gameplay and plot development more technically authentic.

“When we first heard about the game we were really intrigued. Ubisoft was pretty accurate in terms of predicting upcoming threats and how cities might look like in five or 10 years. Many of the in-game hacks have become reality already. The game conveys well what might happen if control over systems winds up in the wrong hands. You can seize this control yourself and see how it causes difficulties for people all around you. You can take it to extremes to bring chaos to the city. Your actions could even hurt or kill people.”

For example, most of the hacks in the game are about automated control systems being compromised. This is a trend that started several years ago with the appearance of the Stuxnet worm, which attacked industrial control systems at an Iranian nuclear facility. That was an example of how a computer program can break things in the real world – Stuxnet actually broke physical equipment. And you can have the same thing in Watch Dogs.

“Although some of the hacks are very similar to those occurring in the real world, it is still just a simulation – thankfully! It’s crucial to understand that Watchdogs doesn’t teach you hacking. What it can do is show you just how powerful a hacking tool can be. We hope that this game will allow people to think about the security of future city operating systems, which needs to be taken really seriously. After all, if such systems are hacked, the consequences could be catastrophic.”

“Working with Kaspersky Lab helped us to solidify the technical authenticity in the game,” said Thomas Geffroyd, brand content director, Ubisoft. “There were some liberties we had to take in order to keep the game fun so Vitaly and his team gave us advice within the parameters of including this content in a video game.”

Watch Dogs is now available on retail shelves for PC, PS4, Xbox One and Xbox 360. We awarded the game an excellent review score of 8.5/10 and stated: “It Exceeds All Expectations But Falls Short of Being Spectacular”