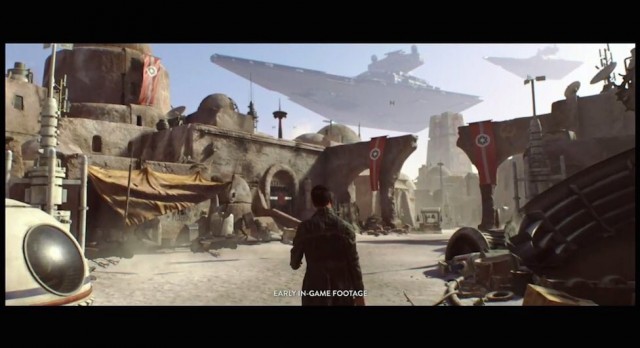 It is an open secret that Visceral Games is working on a brand new Star Wars game. Today, at the first ever EA Play Event, Electronic Arts showcased a behind the scene look at the all the Star Wars game that is currently in development at different studios: Visceral, Respawn, and many others. The video carried a first look at the early concept art and gameplay footage of Visceral Games’ Star Wars game headed by none other than Amy Hennig.

You can take a look at the Concept art and early footage of Visceral’s Star Wars game below. Do let us know in the comment section below: what do you guys think about it. The setting and other details about the game is still kept under the wraps, fans will have to wait a bit longer to get the first all those details. This untitled Star Wars game from Visceral Games is scheduled to launch in 2018.