The installation size of Wolfenstein: The New Order on Xbox One has been revealed, and its whooping 44.55GB, now I know why Xbox One owners are asking for external HDD support from Microsoft.

The following image was shared by Reddit user DawnOfTheFirstDay. Apart from size, the other thing to notice is the price tag, it reads $289.95.

The game is scheduled to launch on May 20, 2014 but Xbox One currently does not support pre-loading feature. According to details shared by other reddit user in the comment section, as soon as they start downloading it gives an ERROR. 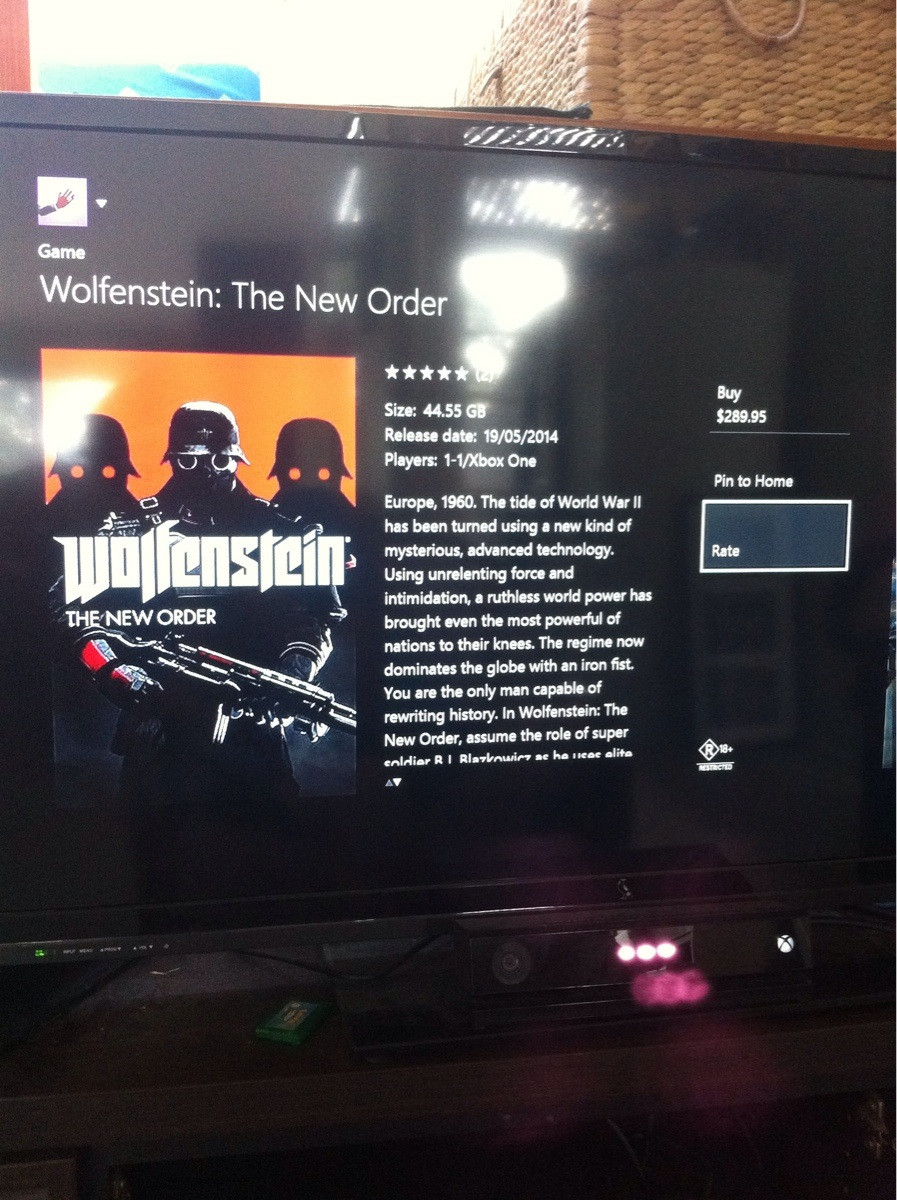 Taking place in 1960, Wolfenstein: The New Order depicts an alternate timeline — one in which the Nazis won World War II and took over the world… and only B.J. Blazkowicz can stand up to them

Wolfenstein: The New Order is a fictional story set in an alternate universe in the 1960’s. Names, characters, organizations, locations and events are either imaginary or depicted in a fictionalized manner.