Microsoft’s April firmware update for Xbox One is already out and has been a boom for players as it fixed numerous issues/bugs, improved Kinect and voice gesture commands, save files progress bar, friend notifications and more.

Hardly a week after the launch of Xbox One April firmware it seems like Microsoft has already started to gear up for preview of Xbox One May firmware. The following letter was just sent out to previous participants for the next preview.

Emily Hanson, Program Manger wrote in the letter: “The next system update for previewing will be starting soon, and you’re already registered. Come to the forum anytime, tell us new features you want to see, how to make your engagement with us better, or invite your friends.”

It will be interesting to see what all features and improvements Microsoft will add to Xbox One via May firmware. Details are still hidden but we can say that its going to be one of the most important firmware as its arriving just a month ahead of E3 2014.

What all things do you want to see in Xbox One May firmware? Tell us in the comment section below. 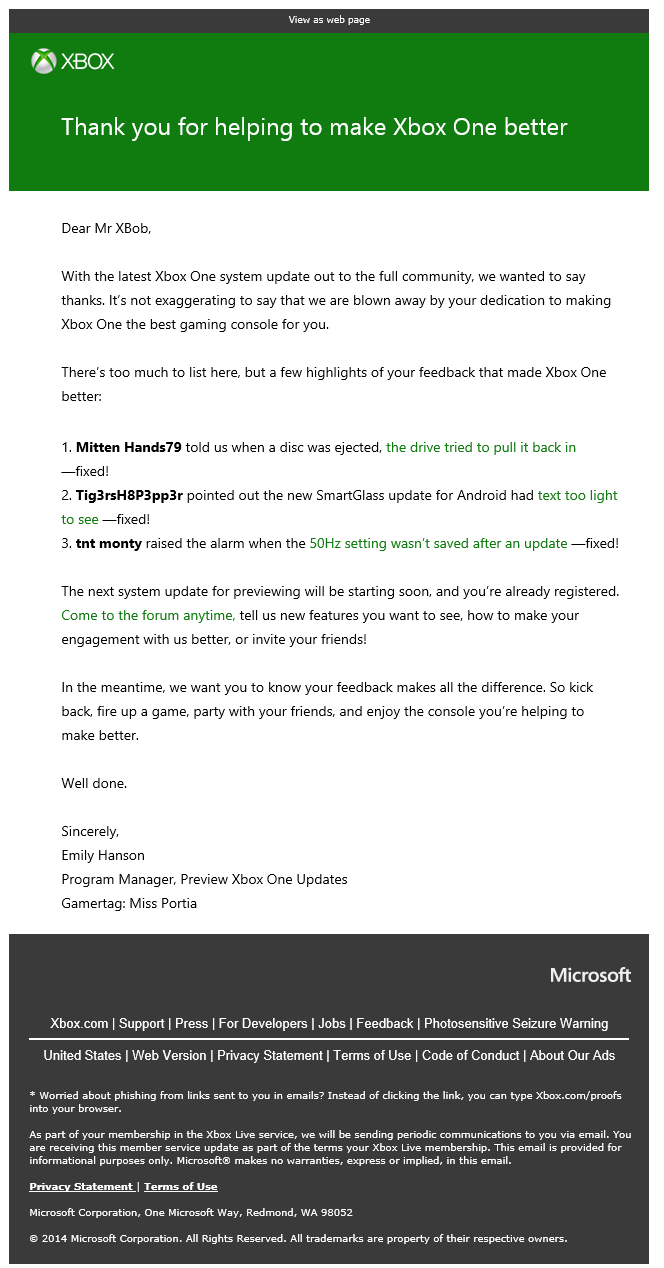