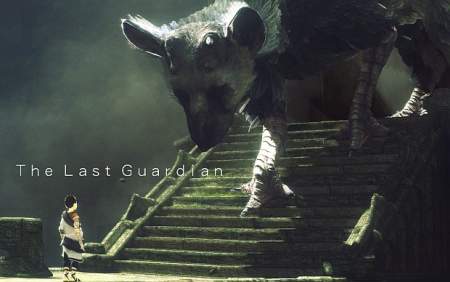 Yoshida was first quizzed whether The Last Guardian is still being developed in the same buiding where the interview was taking place, to this he confirmed: “Yeah, in this building!”

Yoshida was then asked to give out details on what console The Last Guardian will arrive on, and the response was rather obvious: “Ahh… That, I cannot talk about.”

Yoshida further went on to explained that, “So, we’re waiting for the right time to re-introduce The Last Guardian in an appropriate way. I can’t… Well, the game is in development, and it’s well staffed, and Ueda-san is here, working – even though he’s not a Sony employee, he’s dedicated to the product. But we’re not ready to update yet.”

Yoshida also explained that the development work on The Last Guardian never stopped and went on to blame Jack Tretton for misleading fans by using the term “Hiatus”:

He said, “Hiatus, I never… It was Jack Tretton! He used that term, and I said no, hiatus is misleading. It was a hiatus in terms of releasing new information. The game has never stopped – the team has always been here. They’re going through the re-engineering of the game, so the team size is smaller, because it’s more engineering focused right now.”