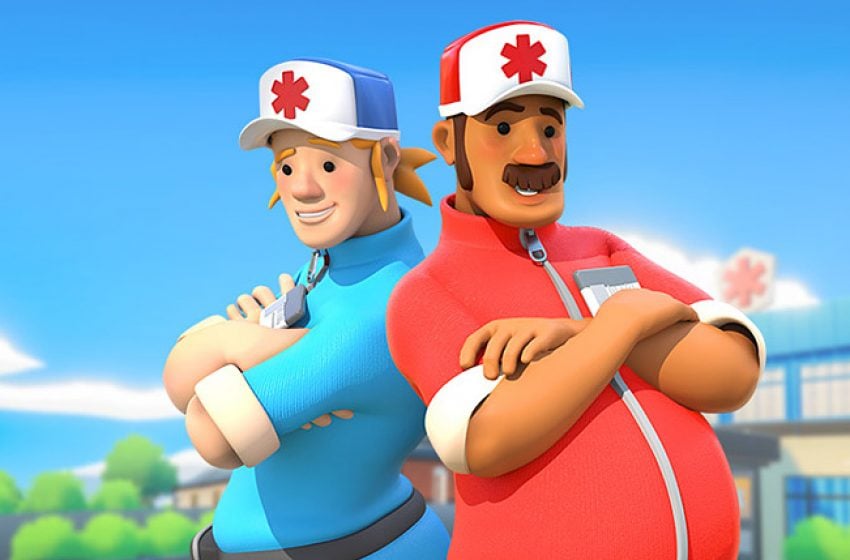 Nintendo is riding high. The Switch is performing very well, and the number of quality games on the platform are exceptional. While some low budget titles are expected of any open games marketplace, the curation level has been great. The games published by Nintendo, in particular, give gamers to variety when it comes to the Switch. We can see this when it comes to co-op games.

However, while the Jon-Cons aren’t the most accurate controllers they work absolute wonders for getting friends and family to join in to try new games for themselves, anywhere they go.

So to discover that they teamed with Swedish indie game developer Tarsier Studios to make a game that was born for cooperatively playing. It’s a beautiful surprise, especially as the game is a lot of fun (with a caveat).

Tarsier, the team behind Little Nightmares and Tearaway Unfolded, is currently working on a sequel to the former, but they’ve been relatively quiet for the last couple of years. It makes sense that they would have a game lined up, but to release The Stretchers in the way that it was, with no fanfare and merely launching it, comes across as very peculiar. Nintendo published games often see plenty of promotion. Smaller games with fewer resources tend to fall along the wayside, in both marketing and quality.

But Tarsier has laid out an adventure here that offers co-op action with enough variety that, like other local co-op games on the Switch such as Overcooked!, keep you coming back until the end.

The game’s central premise is simple. You and a friend take the roles of two paramedics on the Greenhorn Islands, where evil villain Captain Brain is causing the good residents to become “dizzy,” leaving them incapacitated suddenly. As the two medics on call, you must work together as a team to collect the patients on levels spread across the island. Using your trusty stretcher, you must put the patient on the stretcher and keep them there until you reach your ambulance with them.

The location of the patients is not always distinct, so you must use your cunning (or open all the doors and move obstacles) to find all of the people hidden within the level. Some obstacles require coordination with your partner to overcome, but you also need to work together to move each person carefully on the stretcher to avoid dropping them on the floor or getting hit by things.

There’s verticality in the levels too. They force players to time their movements while also putting some thought into the set-up and requiring excellent coordination skills to progress. There are time challenges that start easy but ramp up fairly quickly in difficulty. The ambulance also a part of your equipment later in the game too.

The levels are score-based, so finding fun hidden objects and secrets within each level will boost your score, while a bonus gets offered for finishing the job within that time challenge target. There are other objects too, like safes and valuable objects, that can boost your score upon collecting but also need to be stretchered into your ambulance. However, it’s not as simple as throwing your patients into the ambulance and calling it a day. Those patients need saving!

Which is where the other element of the game comes in. Not content with just piling up dizzy bodies, The Stretchers requires you to take them to the medical center. That means driving the ambulance there, and so the player who took the driver’s seat must make their way through town to complete the mission.

It has vibes of Simpsons Hit and Run in its physics, with the ability to crash straight through small obstacles like stop signs and fences, but bouncing off other cars as you zoom back to the medical center. It’s a fun addition to the game and helps add some depth to the game’s laid back, humorous approach.

There are other activities available too. Collectables across the reasonably large map can offer fun extras, such as new hats for your characters. These are generally accessible by completing the odd job missions around the map. They include fast-paced, timed challenges and co-op tasks, like cutting down trees, but all of them require teamwork to complete and offer an enjoyable alternative mini-game to the main missions.

While The Stretchers is undoubtedly fun to play with a partner, the caveat is that this is conditional on having one. The game can be played Solo, to completion, but its appeal drops significantly in single player.

Controlling both characters at the same time with both sides of the controller can work when the control scheme is simple. Brothers: A Tale of Two Sons is a testament to this with its single action button. But The Stretchers has far more controller inputs and asks you to coordinate your movements more carefully. The result means that you’ll take to too slow to make the bonus time, or you’ll find it hard to keep control of both characters reliably, aside from those with expert hand-to-eye coordination. And even then, the game is designed with two players in mind, so the reality is that it’s just not as much fun by yourself.

As the game also relies on using half a controller for each player, it also means that Switch Lite owners will have a difficult time playing it without purchasing Joy-Cons. It doesn’t work with two separate controllers (tested with a Pro Controller and Joy-Cons), so Switch Lite players would almost certainly need to invest in Joy-Cons to realistically play it cooperatively.

It’s also not much to look at. Bright colors and the big open world distract from a relative lack of detail, with jagged edges in the environments and character models in docked or handheld. This choice may have been to compensate for the pseudo-open world structure. Still, then other technical issues, like frame rate drops (especially when driving around) and bugs, also hamper the experience.

It’s still easy to recommend The Stretchers to those who enjoy their Switch with friends. Local co-op will always be a strength on the platform, so the game’s natural home would have always been the Switch. It requires good coordination, has a fair amount of content that is replayable with a change of partners, and, most of all, it’s delightful.

But be warned that if you’re a solo player, you might find more entertainment elsewhere.

Disclosure: Our review copy of The Stretchers was provided courtesy of Nintendo.