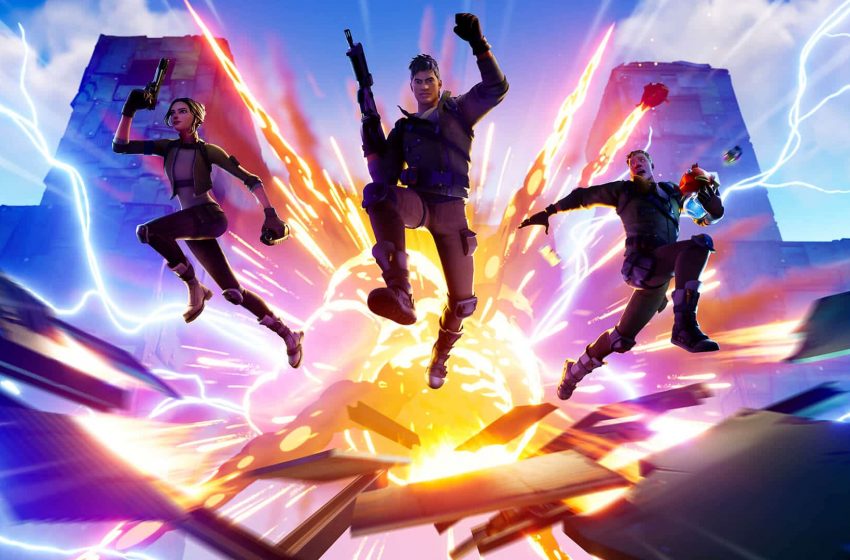 Who doesn’t love free games? One of the best things about PC gaming is the plethora of free games that you can download and play. There can almost be too many of them, and sifting through the debris to find some gems might not be the most appealing thing to do. That’s why this guide will show you the best free games to play on your PC today.

This list doesn’t include any games that are available on Steam, as we have a whole separate article for that. Between both lists, there will be plenty of quality free games for you to spend your time.

Fortnite is quite the entity at this point. Constant changes in content, endless challenges, a vast amount of free loot, and a massive player base that spans consoles, mobile, and PC means you will never be short of people to play. Engage in 100 player battles to see who is the best, and try to build and shoot your way to victory. The game possesses a kind of goofy charm that is very endearing, and it takes itself a little less seriously than many of its competitors.

To play Fortnite: Battle Royale, you will need to sign up for an Epic Games Account and download the Epic Games Launcher. After that, download Fortnite from the store, and you are good to go.

One of the pillars of the MOBA genre, League of Legends, has been going strong for over a decade now, and it just keeps getting bigger and better. Two teams of five players will battle it out on a map made up of three lanes and a jungle. Coordination is the name of the game as pressure needs to be absorbed in one part of the map, and exerted in another.

Pick from five roles that cover the top lane, mid lane, jungle, and the double bottom lane set up of damage carry and support to find which role suits you best. After that, when the bug has bitten you, it’s time to start playing ranked games to see how you stack up against the rest of the player base. Will you be Bronze-bound or the next Challenger?

To play League of Legends, all you need to do is set up an account at the Riot website, and download the launcher for your region.

Dauntless, by Phoenix Labs, is a delightful surprise. A kind of trimmed down version of Monster Hunter, you will be taking on some gigantic creatures in an endless journey for better loot. All the creatures have specific weaknesses and strengths, and you will need to alter your loadout accordingly if you hope you have a chance of beating them.

Four players load into each mission to hunt down the various beats, and cross-play shines here as you will be teaming up with players on consoles as well. Each type of enemy drops different resources you need to build new armor and weapons, and the game is packed with quests and missions to complete. If you are looking for a fun, free, monster-brawler, then Dauntless is a great choice.

While there are many collection card games out there, few have had the impact of Hearthstone. It’s a big deal and has a massive community, an ever-changing meta, and plenty of content being added to keep it fresh and exciting for players.

Hearthstone is all about deck building. The seemingly random nature of the game is undone when you get into the science of card combinations. While the draw of the cards is still essential, great decks are built by considering this, and will often be able to give you an excellent hand to play with regardless of the draw.

To play Hearthstone, head over to the Blizzard website, grab the Blizzard App, and download the game for free.

Apex Legends was one of the biggest games of the year, with no warning that it was on the way it came out of the left field. It took the battle royale genre by storm, rapidly gathering up a vast number of players. In Apex Legends, twenty teams of three players go head to head to see who is the apex predator. You can pick from a range of different Legends, all with their playstyles and charm, and battle it out in an ever-shrinking circle.

Gameplay marries the familiar elements of a battle royale game with the crisp shooting and fun movement of Titanfall, the old thing missing is the wall running. An excellent ping system makes communication easy, while the ability to respawn teammates makes clutch 1v3 moments genuinely clutch.

To play Apex Legends, all you need to do is download EA’s Origin Launcher, where you can find the game for free.

Blizzard’s entry into the MOBA market, it is a beautiful game, despite not quite doing what the developers wanted it to do. If you don’t quite like the length of other MOBA games, or the occasionally confusing macro games of freezing waves and jungling, then this is the MOBA for you.

While it still demands nuance, you can afford to go with a good old fashioned death ball if you trust in your ability to push the advantages that it buys you. A great introduction to the genre for players who may not know if they even like MOBAs or not. Some enjoyable Hero design means you should be able to find something that suits your style effortlessly.

To play Heroes of the Storm, head over to the Blizzard website, grab the Blizzard App, and download the game for free.

Killer Instinct is an entertaining fighting game that takes an interesting approach with its free to play model. You don’t need to buy in, as there is always a free fighter available to play, but if you enjoy it, you can purchase permanent access to them. Gameplay-wise, it also plays out a little differently to traditional fighting games.

Characters have double health bars, and depleting your enemy’s first health bar will effectively set you up for an advantage in the second round, as you will start with whatever health was remaining in your first health bar. The nuance comes from the use of combos and combo breakers. While combos are automatic, you also have the chance to break them if you input the correct command at the right moment. Killer Instinct is a great fighting game that offers nuance for veterans while also being approachable for new players.

You can download Killer Instinct on the Windows Store.

Gwent has one of the mysterious origins on this list. Originally a mini-game in The Witcher 3, it caught on so much that CD Projekt Red span it off into its own game. Another card game, Gwent, mixes things up by also employing a multi-lane mechanic, with some cards performing better in different lanes.

It also forces you to think carefully about rounds that you could reasonably win, often making it a better idea to lose a round quickly than have it drag out. The move will keep cards in your deck, which you can then use to focus on winning two rounds, instead of trying to spread yourself thin and contest over three.

Runescape has been around for a long time and is still going strong. Initially released in 2001, this is by far the old game on the list. This MMO is set in the world of Gielinor, a medieval world where you can go on quests, engage in PvE and PvP fights, and spend your time working through nearly 19 years of content. Another game that has been around for such a long time, and done so much, that the only real way to understand it is to play it.

Starcraft 2 is willing to let you experience the Wing of Liberty campaign, versus mode, and some Commanders for free. You should do this, as not only does it provide superb real-time strategy gameplay, it is also one of the most epic tales that the genre has ever told.

As far as single-player campaigns go, the entire Starcraft sage is one of the best you can find in the RTS genre, and the multiplayer is frantic and demanding, but also incredibly rewarding.

To play Starcraft 2, head over to the Blizzard website, grab the Blizzard App, and download the game for free.

Mindustry is a sandbox factory game fused with a tower-defense game in some kind of unholy union. There is a paid version on Steam, but you can also grab a free-to-play version on Itch.io. You will need to set up your defenses, then set up production lines to feed them, as guns cannot fire without a steady supply of ammo.

It deep and addictive, and will eat up your time as you strive for the ultimate goal, efficiency.

Download the game for your platform of choice from Itch.io.