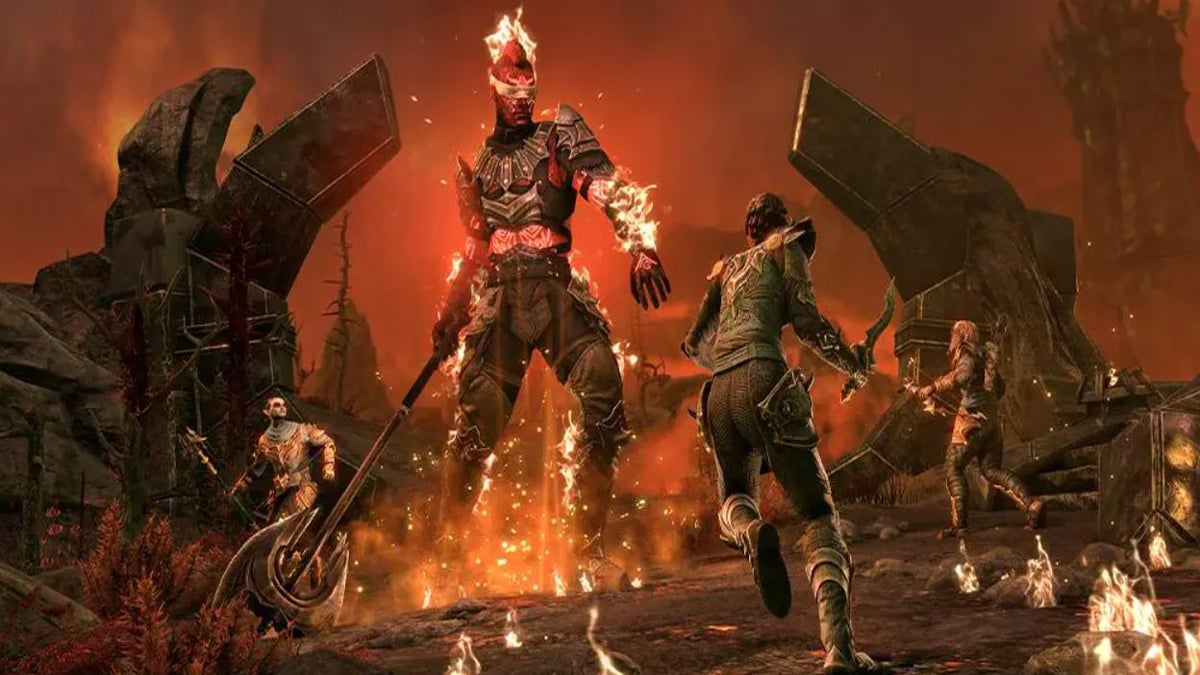 Elder Scrolls Online: Deadlands is the next expansion for the MMO, and it’s right around the corner. Bethesda revealed players will be able to enter Oblivion this November in a jam-packed livestream. Along with the reveal, the team also showed off a trailer and plenty of details about the DLC.

The Elder Scrolls Online: Deadlands will release on November 1 for PC/Mac and Stadia and November 16 for Xbox and PlayStation consoles. Before jumping into the DLC, players can get a feel for what’s coming by finding the free prologue quest — An Apocalyptic Situation — in the game now. Or, PC players can explore the Deadlands on the public test server.

Deadlands is the culmination of the Gates of Oblivion storyline. Players will journey into Oblivion to fight against Mehrunes Dagon and his minions. You’ll encounter Dremora in the Daedric plane of Deadlands, face the cult of the Waking Flame, traverse new areas, meet unique enemies, and take on new quests that wrap up the Gates of Oblivion plot.

Elder Scrolls Online has also been partnering with Critical Role through one-shot streamed Dungeons & Dragons adventurers. Along with the Deadlands announcement, Bethesda revealed the cast will stream another session set in the world of Nirn in October. Elder Scrolls Online also collaborated with the band Trivium on songs for the game.