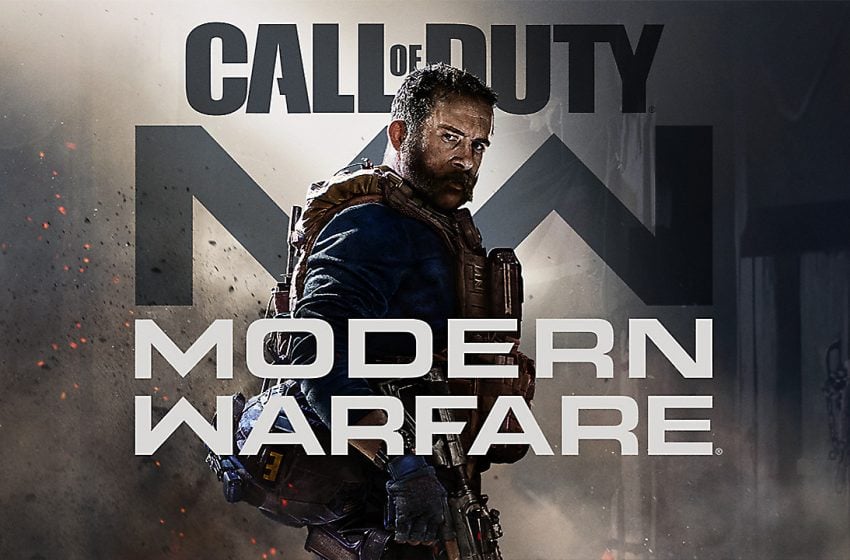 Call of Duty 4: Modern Warfare (i.e., the game that began the boom in 2007) was nothing short of a revelation. At a time when the first-person shooter genre was starting to become saturated with a multitude of World War II clones, the game felt like a massive breath of fresh air, as though creatively, developers realized that to forget the past, you had to look to the future.

It’s doubtful that the expectations of the game in the boardroom at Infinity Ward were as explosive as the reality. Call of Duty, a series that had typically gotten cast in the shadow of EA’s Medal of Honor series, had become the new benchmark for modern shooting games.

Did it have the same impact as Halo did? Perhaps. It set a precedent in the first-person-shooter arena that is arguably still at the top today and created numerous trends for gaming that rivals what Bungie’s baby did for online gaming on the console scene.

But also like Bungie’s baby, once it changed hands, the series began to lose its way. Modern Warfare 2 in 2009 was the last time we saw of series masterminds Jason West (now at Epic Games) and Vince Zampella (with Respawn at EA) in Activision colors. Since then, the quality in the series has slowly, but surely, been found wanting.

The foundational gameplay saw no evolution for close to 10 years. It’s gotten propped up by gimmicks (Black Ops III/Infinite Warfare’s wall running), modes based on the current flavor of the month (Blackout Battle Royale), and milking of the few positives that did well (Zombies). The series modified graphics engine got based on iD Tech 3, an engine from 1999. From a gaming perspective, Call of Duty has been looking bleak for some time.

But for the first time in a long, Activision appears to the pulled up its sleeves and given an Infinity Ward a vast amount of resources, and let them get to work.

Answering the Call of Duty

Cue 2019’s Call of Duty: Modern Warfare, a game treated as a soft reboot of the Modern Warfare series of games. It’s bringing back the main man Captain Price. There’s a brand new engine, one that Activision hopes will power them into 2020’s next generation. Out are the many microtransactions, replaced with the modern Battle Pass system. The gameplay is less of a step forward, but a step forward nonetheless.

It’s unlikely that it will usher in a new era of first-person shooters like its namesake, but it could be guiding a new era for Call of Duty.

Firstly, the new engine has done the trick with the aesthetic. It looks fantastic. It still retains the signature artistic style that comes with a Call of Duty game, but the improved details and models have gone up tenfold. Textures and lightning now look more natural, and the atmosphere of plundering through a cave at 60 FPS feels special again. Animations are smooth too. Last year’s Black Ops 4 had a jerky familiarity about how models moved around the map like it had been brushed up from the previous games. Modern Warfare marked a noticeable step forward in this respect.

Sound design has always been a strong point for the series, and this year is no different, with meaty weaponry sounds echoing across the arena. But also enough subtlety to distinguish enemy positions as their footsteps grow louder. It’s an underrated part of what makes the game (along with Counter-Strike) so suitable for competitive play. The game’s music is incredibly powerful and ideal for the Call of Duty franchise. 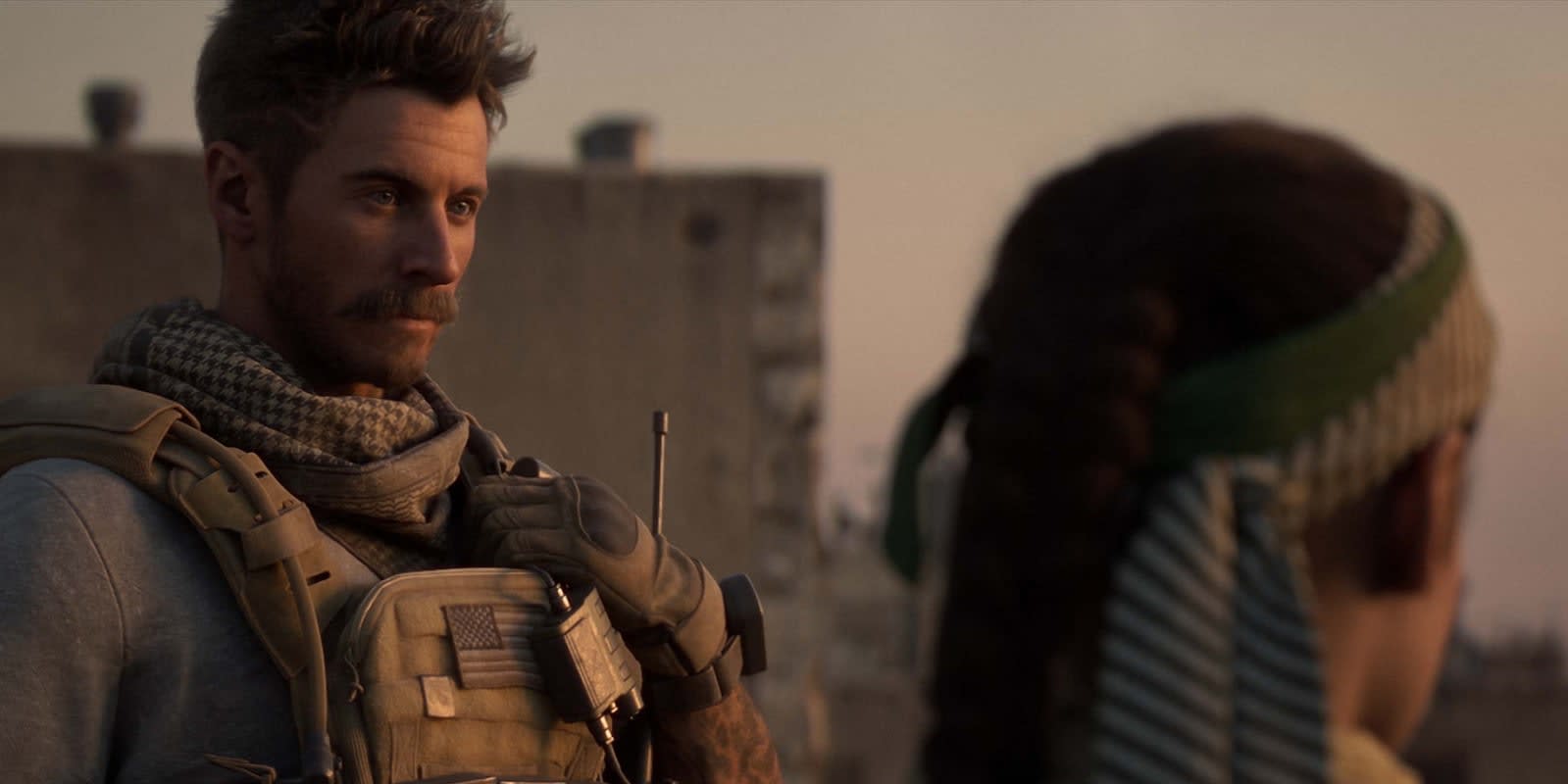 These two elements combine best in the story mode. Terrorists Al-Qatala steal many chemical weapons, intercepting US Marine for them, and working with cover “star” Captain Price, you’re tasked as US Marine Alex and SAS agent Garrett to help recover them before nuclear war goes off. The story itself is as still bombastic as ever, but the action feels more grounded than usual compared to those in recent years. It’s still not exactly what you’d call realistic, but at least it at least feels more relatable than flying around in space. The voice acting, on the whole, is pretty good too, though Barry Sloane as Price doesn’t quite reach Billy Murray’s intensity.

If you have enjoyed Call of Duty’s stories in the past, this one is worth checking out.

Keeping boots on the ground

But of course, the main focus here is multiplayer. This feature is where you see minor changes to the gameplay. The lightning-quick, arcadey feel is slightly toned down. It’s still quick by most FPS standards, but it means the matches flow much better, with less benefit to only running and gunning everything.

You can position yourself on corners and trigger aiming around them with a single button. This mechanic feels like a weak compromise for a leaning mechanic as it’s not the most precise at getting where you want it to be, though perhaps the best understanding for players on console who have not had the benefit of leaning as PC gamers have. This year features cross-play for the first time, so it offers a single, albeit inferior solution to all.

Balance appears to be better with guns. All serve different purposes and offer a strict advantage, such as shotguns up close and headshots with rifles. The time-to-kill is still low, which benefits sidearm use compared to hiding and reloading your primary.

Ground War also feels very Battlefield-Esque, though much simpler to control vehicles. Snipers do much better here than the smaller maps, but it’s still a lot of fun overall.

Multiplayer maps are excellent in design but are fragmented into game modes this time around. This division means that maps available on Domination are not available for Cyber Attack (S&D with revives), which might help from a design point of view, but means fewer maps in the pool. Unless you want to play the same maps, you’ll want to switch up which mode you play.

Ultimately, and fundamentally, Call of Duty: Modern Warfare is still fundamentally the same foundation that the series is known for.

The action is fast-paced, the time-to-kill is still low (especially compared to the big shooters currently prominent in games, such as Apex Legends), and the story, while a welcome return, is still classic Call of Duty campaign fodder. If you didn’t enjoy Call of Duty previously, Modern Warfare’s soft reboot would do nothing to change that.

But the refinements to the gameplay and the impressive graphics powered by the new engine shows more effort this year than in previous years to embrace change. Whether they can sustain it going into the next generation, we’ll find out in holiday 2020.