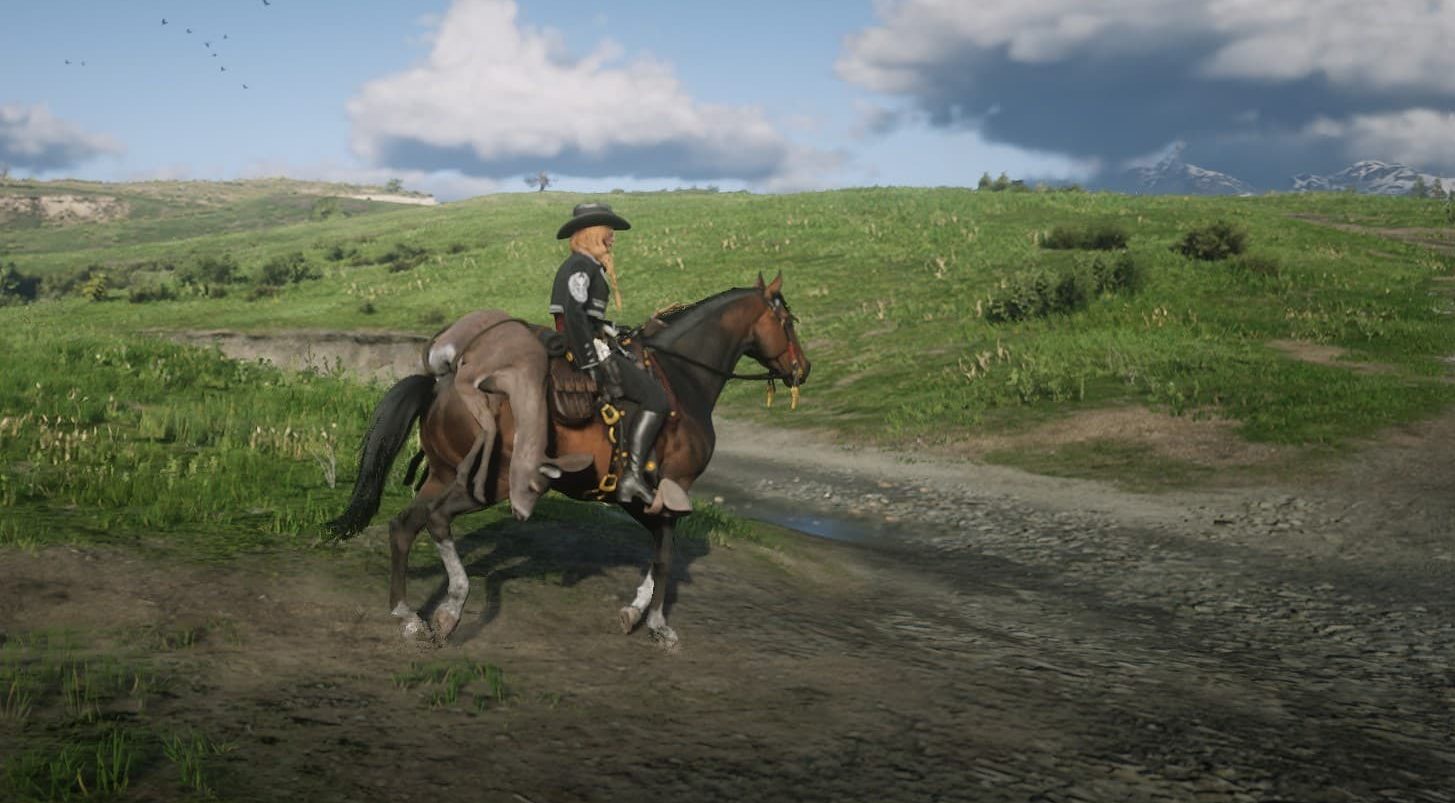 Hunting is a necessary part of Red Dead Online. The Trader role demands high-quality carcasses and pelts to progress and maximize your time for your money. With the introduction of the Naturalist role and Gus, there are more rewards for quality animal parts. Hunting can be tedious or relaxing, but more often than not, frustrating due to ruined pelts and lost profits.

If you’re struggling with hunting or just want some extra tips, we have some suggestions.

Bait is an underrated resource when it comes to hunting in Red Dead Online. There are two types of bait: herbivore and predator, and attract herbivores and carnivores, respectively. There are also two types per bait: potent and regular. Regular will still attract animals, but it draws animals of varying quality. Potent bait will lure better quality and rarer animals.

Place the bait in the desired area and retreat a couple paces. You will need to see the cloud coming off the bait in Eagle Eye, so use that to measure how far you can go. You also need to be hidden, especially for predator hunting. They will eventually see you anyway, but you need a chance to get a shot.

A good technique we found is to hide someplace animals usually can’t get to, such as on top of rocks or buildings. For example, if you’re hunting for Florida Panthers, place the bait by Black Belle’s house and climb on the roof. Not every location will have something like this.

Blending Tonics were added with the Naturalist update. They can be purchased from Harriet or crafted using certain predator samples and tobacco. It works similarly to the Cover Scent Lotion in a single-player mode. It hides the player’s scent and lets them get closer to an animal for a short time. Be warned, the animal can still see you.

Combine Blending Tonics and baits for the best effect.

This is an optional choice for hunting. It’s expensive as it costs both money and a rare collectible. The Buck Antler Trinket from Gus will increase the chance of a higher quality pelt dropping from a lower quality animal. It only works if the quality was reduced during hunting. If it was always lower quality, it will not improve it. For example, if a player missed the shot and it reduced the quality from a three-star to a two-star, there is a higher chance that the player will still get a three-star pelt from the now two-star animal.

Patience is necessary for hunting in Red Dead Online. This is a standard rule for hunting but applies more when using baits. Do not try and close the gap out of eagerness to get an animal. Animals will run if you approach too quickly without a blending tonic. If you do not have access to a blending tonic, embrace your inner sniper, and use a scope for a clean, stealthy kill.

Eagle Eye is an important tool in Red Dead Online, not just for finding bounties or digging up treasure. Using Eagle Eye, players can see scent trails of animals and track them. There will be an option in the bottom right that reads “focus on [animal] track.” Selecting that will allow you to see tracks outside of Eagle Eye and follow that specific animal. Following a track in Eagle Eye ruins the breaks on your horse, however. It’s a bug that’s been around for a while and hasn’t been fixed yet. If you’re expecting to slow down before running into your target, you will need to hit the “Stop Tracking” command in the lower right corner.

You don’t need to enable tracking. Just hop in and out of Eagle Eye to follow your target.

The Hunting Wagon is an item exclusive to the Trader and can be purchased after you reach Trader rank 10. After buying it, open up your menu (where you see the player list, daily challenges, etc.) Click on Stables and select Vehicles. Select the Hunting Wagon to summon it, and it will automatically send your horse to the stables. Summon it while standing on the road, or it will struggle to reach you, and you will need to run to it.

The wagon holds more than the horses, it can still only hold about five large-sized carcasses or pelts. Smaller animals and pelts do not take up as much space in the wagon’s inventory because you cannot change your weapons without your horse or standing at your camp’s weapon’s locker, make sure you have your desired loadout.

Items in your Hunting Wagon are not lost upon logging out, switching sessions, or if you get disconnected.

Animals have a one to three-star quality rating. Three stars is a “perfect” animal; two stars is a “good” animal, and one star is a “poor” animal. If you’re only hunting for meat, quality doesn’t matter much. You get more from higher quality animals. If you are looking to turn a profit or fill Cripps’ table, then three-star animals are the only ones worth getting. They do the most for the Trader role and will have the most value when selling to the butcher or Gus.

Similar to quality is value. An animal’s value is partially dependent on quality, but some animals are just worth more than others. Typically predators are worth the most, but this isn’t always the case. Rockstar nerfed hunting a long time ago to reduce the profits made from selling animals. As a result, animals that are common or easy to find are not worth much. For example, alligators, even perfect quality pelts, are not worth much. Small alligators, since you can deliver the entire carcass, are worth more. Cougars and Moose are worth a lot, while wolves are worth very little. A poor cougar is worth about the same to Cripps as a perfect gator pelt, so don’t bother with alligators unless you need to quickly farm meat or teeth.

Weapons correspond to different animals. For instance, rifles are best for deer, moose, pronghorn, cougars, bears, and wolves. But foxes and coyotes will be ruined by a rifle and need a repeater for a clean kill. Small animals, like squirrels, need special small game arrows from the bow. Skunks, rabbits, badgers, turkeys, and several others need the varmint rifle.

Ammunition plays a slight role as well. Express ammunition is more likely to ruin a pelt than normal ammunition.