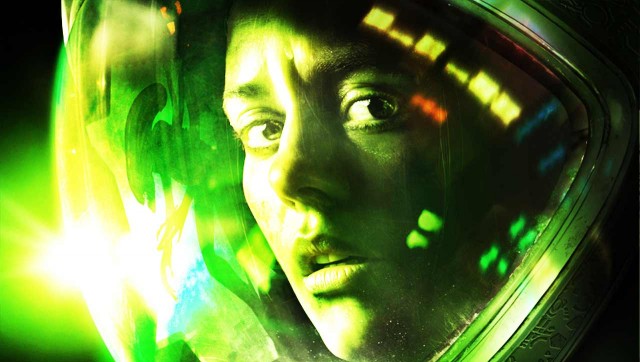 You all have came across this terrifying sequence in numerous movies and other entertainment medium: “You make your way into a room for survival while some mad looters awaits just outside right next to the door, waiting for their chance to shoot you on site. In the room, you are trying to start two generators with the help of which you can open the emergency exit. Somehow you manage to open the emergency exit and lights in the room flashes and you used a make-shift noise-maker to divert and distract your assailants and run towards the safety/emergency exit, and all of a sudden and from nowhere a Xenomorph appears and snatches you up and then BANG a full Black-Out Cut”.

Alien: Isolation, a brand new survival horror title from Sega and Creative Assembly, is full of these type of experiences and some of them are even on par. If you have been following gaming industry news for the past few years, there has been a lot of debate, discussion and talk about the revival of “Survival Horror” genre. But the games that tried to breathe new life into this genre failed miserably and missed the mark by a large distance. What’s the reason behind it? Main focus is to jump scares and allow players some nasty and deadly weapons to shoot enemies i.e moving more towards AAA games type and not to focus solely on Survival and True Horror element. But hats off to Sega and Creative Assembly for not going the route where all are traveling blindly and focusing on the much demanded feature from fan, “Survival Horror”. As a fan of survival horror genre, I can proudly say that Alien: Isolation is the first game in a long long time that gives a true feel of Horrific and Desperate Survival.

Inspiration Behind The Game:

All the horror elements that I have talked about Alien: Isolation, in the above description comes from the inspiration behind the game itself. Please make no mistake, SEGA and Creative Assembly has already clarified that Alien: Isolation is not inspired by James Cameron’s “Aliens”. In fact, Alien: Isolation is more of a quasi-sequel which takes place after the events of the original movie i.e. a timezone where Space Marines weren’t even a thing and the deadly Xenomorph weren’t being overpowered by humongous robotic suits. All players get in Alien: Isolation is a role of Ellen Ripley’s daughter Amanda, one single Xenomorph and some human and robotic assailants. Amanda is searching for some hints/answers to sudden disappearance of her mother after the events of the first flim. Somehow, Amanda gets roped into exploring Space Colony which was formerly owned by SEEGSON. This is the place where her personal task of searching for the reasons behind her mother disappearance takes a back-seat and almost everyone in the colony works together to kill her that too in the most deadly manner possible.

The character of Amanda is the one that takes Alien: Isolation to the highest level in terms of overall gameplay experience. She is younger, and much like her mother, she will be thrown in numerous horrifying, deadly and survival situations. But she has enough of things on her own “her wits, determination, physical strength” to stand up on the opposition/deadly situations and come out victorious. If you are a true fan of survival horror genre, it won’t take too long for you to understand this and how to play as Amanda and use herself in deadly and horrifying scenarios.

Brutal And Unforgiving Experience But Stealth Is the Main Survival Equipment:

Make this a habit guys: “Starting, Dying, Restarting And Again Dying Shortly Thereafter”. Alien: Isolation is brutal and at the same time unforgiving. This game is more of a survival and stealth, players will came across numerous situations and a puzzles attached to it. It’s not like players can’t make use of a gun to eliminate threats but until and unless it does not attract other threats which can’t be brought down with guns.

Its not that the development team didn’t compensated players for the lack of weapons in Alien: Isolation. There are enough scarp materials lying in and around colony which players can make use of as survival tools. For example molotov cocktail, it will scare Xenomorph for sometime back into the vents, and some noise-maker to distract assailants so that you get some extra time to give them a slip. In short, Use Your Brain Because You Can Use Everything Lying Around You For Survival, as I already mentioned above Alien: Isolation is about a Desperate Survival.

There is a reason why I mentioned above that, in Alien: Isolation, death is an ever looming threat and factor, and it’s because of the Xenomorph. No matter where you are hiding, it will rip you out of your hiding places and finish you OFF in the most deadly way possible. It’s not possible for players to out run or shoot Xenomorph dead, all they can do is make use of flamethrower or long to scare Xenomorph for sometime and make a quick escape. Xenomorph is pretty dynamic and constantly moving and it’s next to impossible for players to predict what’s coming next from him. I can just advice you guys to be prepared for the next move of Xenomorph.

The overall presentation from art direction to stunning lighting, everything is perfect in Alien: Isolation. Creative Assembly tried really very hard to remain faithful to the Alien universe and it came really very well, because everything looks gorgeous in Alien: Isolation universe. There are many areas in the game where players can just stop and admire the scenery.