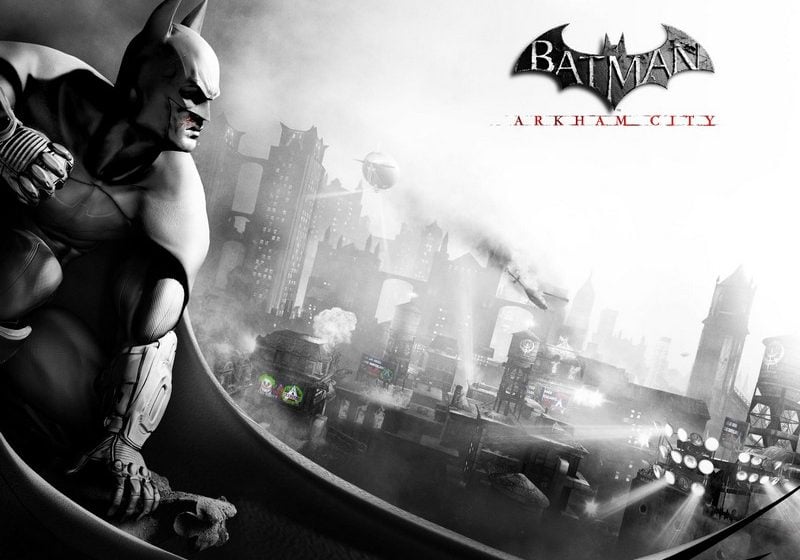 When British developer Rocksteady launched Batman: Arkham Asylum way back in 2009 it was something of a revelation. During that time period, games based on comic books had a history of being inferior in quality and ordinary, however this wasn’t the case with Batman: Arkham Asylum, as Rocksteady took our be-love superhero and let love influence the development of the game from start till the very end.

Batman: Arkham Asylum was well received by critics and fans, and it was a huge commercial success. The game stand tall as a proof for the universe that a licensed game can strive for excellence and achieve it, provided that the team behind it handles it with care from beginning to end.

Naturally, after seeing the huge success of Arkham Asylum fans started expecting a sequel, and it had to come, developer Rocksteady faced an unenviable challenge, to develope a game much better than Arkham Asylum. Rocksteady accepted the challenge, and “Batman: Arkham City” is their answer to it.

After ripping apart every minute details of the game, i can say that Rocksteady has not only continued the Batman brilliance with Arkham City, but also raised the level with new moves, better gadgets and more sinister super villains, all packed in a gripping and atmospheric narrative.

Batman: Arkham City is not only the best and the greatest superhero game in the history of gaming industry, but also a serious contender for GAME OF THE YEAR.

One of the biggest difference fans will see in Arkham Asylum and Arkham City’s gameplay is structure of universe. When Arkham Asylum was launched it was more of a linear game with Metroid style like backtracking and secret-finding. Batman: Arkham City is open world and it littered with tons of missions and events.

Rocksteady has not touched the core of the gameplay, and added many tweaks and new features in-order to keep all the things fresh. Arkham City gamers will engage in mixture of exploration and detection. Players also have to give the test of their acting skill as silent predator in the shadows.

Rocksteady has brought many successful elements from Arkham Asylum to Arkham City, and this include the COMBAT system. Gamers can easily pull off counters, kicks and punches. They also have the ability to combine special moves and gadgets attacks to provide even more devastating blow to their opponents (mark my words guys you will definitely need this). The best part of Arkham City combat system is thought which has went into it, Rocksteady is very much aware that not many gamers like to jump in and smash opponents brains, many players still like more stealthy, thoughtful, approach, and in this respect game delivers more than most.

As per the last game title in the franchise, gamers can make use of thermal vision to detect and hotspots enemies standing in the vicinity and plan their attack. Now the beauty of this system in Arkham City is that players can sneak up from behind enemies, and finish them off with stealth attacks. and not letting other enemies know. As soon as they came to know about it, players can quickly change position and finish off their next target either with stealth or in style.

In Batman: Arkham City gamers can make use of gadgets more in the combat for example explosive gel to blow up groups of enemies or making use of bat claw to disarm thugs with deadly guns. Players will also get new weapons in Arkham City, such as gun which fires electrical charges that stun enemies. Ice grenades which can be used by gamers to freeze opponent.

Gadgets in Arkham City also have many more uses for example, gamers can make use of line launcher to perform a launch jump for flying further the air, and it can also be used to traverse roof tops like a trip wire.

In Batman: Arkham City, gamers get to upgrade standard and upgradable abilities of the Batsuit. In addition to this, Arkham City feature 4 different take-downs, 20 combat moves and 20 different gadgets for gamers to upgrade, this clear shows how diverse developer has made Arkham City.

As Batman: Arkham City is based on a comic, so naturally it features more enemies that too all tougher one. The best part about the game is that there are more enemies than ever before, and so in this regard gamers need to keep one thing in mind, no matter who they are trying to help, they need to keep a watch on their back. This especially comes true in terms of story, yes i know the game starts off relatively straight forward, it isn’t a long before players are starting at a screen and wondering what just happened. So many familiar faces from past will pop up at regular interval.

Rocksteady has added “New Game Plus” to Arkham City that is unlocks once gamers complete the game in any difficulty level. This new addition allow gamers to start the game from beginning using everything they have unlocked during first gameplay including gadgets, combat moves and any skins. The best part of this new addition is that it takes away any pointers and also throws in tougher enemies.

All the character models and animations in Arkham City are great. Rocksteady has done a brilliant job in this department, especially in combat when Batman moves the reactions of his enemies feel fluid and visually impressive. Developer has recreated each and every super villains in the game, making them feel real.

It took me roughly 12-15 hours to complete Arkham City main campaign. Now there are quite a few side mission to play as well as there being all of the Riddler trophies to find, so you can add another 15 hours to it. New Game Plus and Challenge Rooms add even more value to Arkham City.

Batman: Arkham City is the best and the greatest game based on a license ever to be launched. It has live up to all the standards set by its predecessors, to tell you the truth Arkham City beats Arkham Asylum in each and every way. Batman: Arkham City has set the bar high for all future games, now the only thing remains to be seen is, can anyone else scale to the same height.