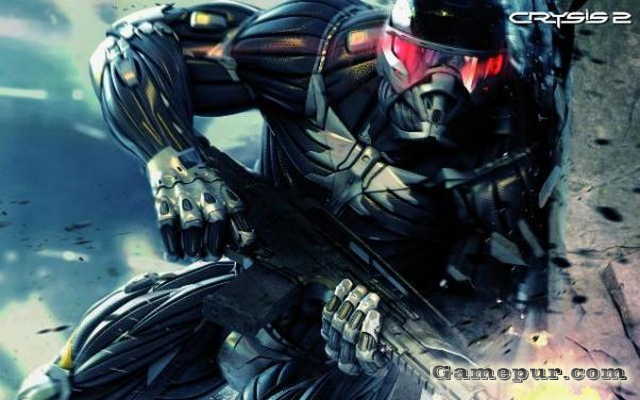 While Crysis first part took place on a tropical island, developers have completely changed the framework which result into allowing us discover a different style of urban jungle this time. The City of New York who has been retained and the first level of the presentation of it, easily make us understand the reason for this choice. The town and its dozens of buildings are actually an ideal setting for developer and gamers to get impress!.

Crytek indicate that in Crysis 2, most levels will provide more freedom. But let discuss first things first, and so first the famous combination that equips our hero. In Crysis, there was talk of four modes of operation , but to reach more people, Crytek wanted to simplify things. Suddenly the nanosuit 2.0 divided the essential characteristics of the previous two categories only: defense and infiltration.

The first of these two modes is obviously there to play tanks, Big beefy able to collect a maximum of damage. Interest mode infiltration is also very clear : it is enjoy a kind of invisibility for limited time, very limited even as it does not seem to matter more than a few seconds. Furthermore, care must be taken not to tease too closely aliens : they are actually able to “smell” a hero who pass under their nose, If we wait to judge based on records before we decide, this new way of seeing nanosuit should at least achieve its goal: make the game more accessible.

Many PC gamers will no doubt see the bad influence of a cross-channel development, but fortunately Crytek had other elements to make us vibrate, starting an amazing graphic design. The pessimists will report that all suffered from many delays/freezes But Crytek has been very clear on this point, the optimization phase has not yet begun. So, we will focus on the aspect window of the City of New York as seen by German developers. The depth of field – albeit reduced compared to Crysis – is still largely sufficient to give life to the city and its buildings.

Another element to reassure PC gamers, Crytek seems to have sacrificed their grind on the alter of portability. Thus, all textures observed in the game we were impressed by their level of detail. Quite simply, no other FPS has also not impressed like this, since Crysis, History does not damage the table, the developers at Crytek have also cared for the special effects and that it comes from the clouds of smoke or potential destruction of sets, it is always a treat for the eyes. The highlight of the show is reaching the end of level then loads cause the explosion and the collapse of an imposing building.

An explosion was also not a coincidence since it is the objective of the mission by Crytek, an example from the time of other new opportunities for gameplay. In the same vein, we must also mention the possibility of use some elements of the set to this advantage. Thus, it is possible to put charges on a car in balance and send it crashing into the enemy downwards by placing a good kick “destructive effect guaranteed” We would have liked more examples of these interactions with the decor, but the second level presented by Crytek was ultimately more classical and its main purpose was mainly to impress us with a huge monster.

It was actually the level that some of you have already seen through reports from the conference of EA. After eliminating multiple enemies basic gathered in the main station in the city, the players had to face a sort of robot/manta – religious absolutely gigantic. Technically, there’s really nothing wrong and if the size of the beast is impressive as it is also the animation is quite remarkable.

Final Words: No matter what we and other say, Crytek has put all the money in the right place and it also a worth. Going by all the signs the game is going to the one to watch out for when it releases later this year.