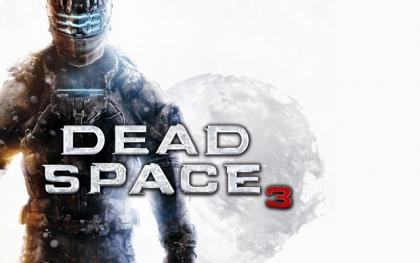 Dead Space 3, developed by Visceral Games and published by EA, is the latest installment added to the popular Dead Space franchise, but does it live up-to all the hype that was created before the release? When the debut trailer of Dead Space 3 was aired on internet, fans reacted sharply to it and stated that the third installment was not scary enough and deviated too much from the gameplay of its predecessor.

Visceral Games took a complete new route for the development of Dead Space 3 i.e shifted focus from survival-horror genre to more action oriented approach and the introduction of cooperative mode (co-op). Now that Dead Space 3 is available on retail shelves across the globe, its time to find out whether Dead Space 3 provides an entertaining experience or not?.

Co-op gameplay section of Dead Space 3 shines the most. One of the new additions Visceral Games made to Dead Space 3 is co-operative play. So you have a golden chance of teaming up with one of your friends and playing through the game and taking on Necromorphs with new set of deadly weapons. This addition of co-op based gameplay is really a plus point for gamer, especially during a situation where you will face waves of enemies.

So if you decide to jump into Dead Space 3 with co-op gameplay, you will find character Carver becomes a bigger part of the proceedings and brand new missions will be unlocked.

Another great feature added to Dead Space 3 is weapon customization, and it is very well supported by excellent shooting mechanics. Gamers will be able to create custom weapons, and this will be helpful for crushing the competition from Necromorph.

Immediately after the ending of re-cap, we join our lead hero Isaac Clarke in an apartment on a lunar station. Preston and Carver needs Isaac helps in tracking down his ex-girlfriend Ellie.

Ellie was on a mission to search a device called The Marker (it turns humans into Necromorphs), and was last seen above the ice planet called Tau Volantis.

Gamers who are looking to achieve every achievements and trophies in Dead Space 3, simple instruction to all of you, don’t miss out on collecting even single audio and text logs scattered throughout the game. These audio and text logs are not a simple collectibles but also has a connection with game’s plot.

Furthermore, Dead Space 3 will take around 7 to 8 hours to complete, but you can extend you gameplay time by going for collecting collectibles and completing side missions. In addition to these, completing Dead Space 3 successfully will unlock brand new difficulty mode called “Pure Survival”. In this mode don’t expect Necomorphs to have mercy on you and your team.

Not much improvement has been made to Dead Space 3’s Graphics and visual department. Couple of hours into the game and going through caves and other different areas of Tau Volantis, you will clearly see how dull the surrounding and environment looks. Many times it feels like Visceral Games has used same old textures from past two Dead Space games.

No Revolution in Gameplay

As mention in the start, Dead Space 3 followed action oriented approach rather than survival horror, so don’t expect anything revolutionary in gameplay feature. At many instance in the game, all you need to do is stand at one place and shoot Necromorphs, no strategy or anything is needed. Yes exactly, this sounds like a silly mindless shooters, and Dead Space 3 follows similar suit.

Dead Space 3 is full of fun and to some extent enjoyable, but on its own merits. If you are ready to trade most beloved feature of Dead Space series i.e survival horror with action than Dead Space 3 is for you. If you are looking for something else than we are very sorry to say that you should look elsewhere because there’s not a single moment in Dead Space 3 that will raise you heartbeat.

Dead Space 3 failed completely to be as scary as the previous installments, but still its entertaining and engaging in its own sense. So guys the choice is all yours whether or not to go for Dead Space 3.

BUY: Dead Space 3 via Game4u (India Only) and Amazon