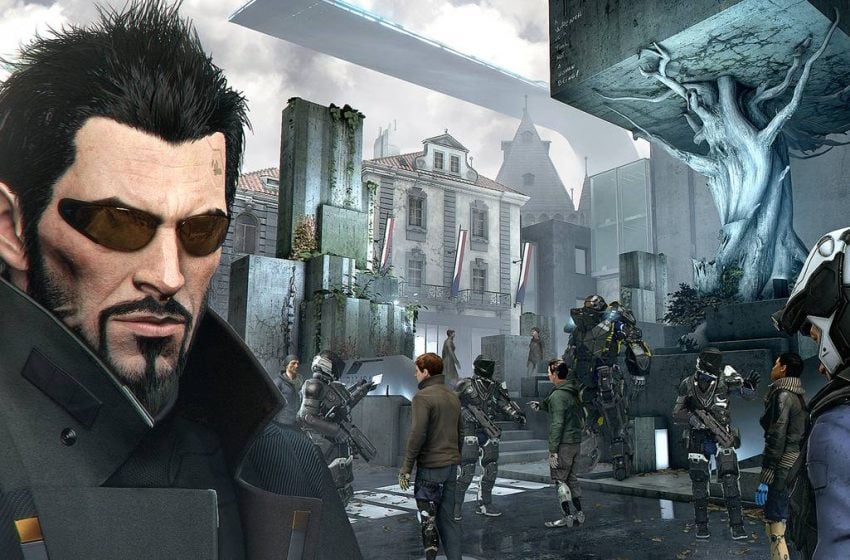 If you have closely followed the launch of Deus Ex: Mankind Divided then one thing you should have noticed that Square Enix and Eidos Montreal kept the marketing budget very tight. There was hardly any promotional event (and other such things) arranged for the game to create the hype just a few weeks before the launch. Square Enix and Eidos Montreal quietly allowed the game to arrive on retail shelves (and digital platform). Surely a BOLD move which seems to have paid off exceptionally well. There is a special league of a developer who let their work do all the talking on their behalf, with Deus Ex Mankind Divided, Eidos Montreal has proved that they surely belong to this league. For gamers and Deus Ex franchise fans who are still unable to figure out whether or not to invest their money in the game, here is our Deus Ex: Mankind Divided Review carrying all the details you need to make your decision.

As soon you start Deus Ex: Mankind Divided it gives you feel of being a continuation of the last game in the series i.e. Deus Ex: Human Revolution, and this is not a bad thing. I have put in close to 22 hours in the game and have really enjoyed the storyline and other things it offers. To being with, Deus Ex: Mankind Divided comes with three difficulty level: Give Me A Story, Give Me A Challenge and Give Me Deus Ex. The game carries a fourth difficulty option, Hardcore mode, it unlocks after the player completes the game once.

One of the best Cover System:

Deus Ex: Mankind Divided cover system is beautifully crafted, one of the best I have seen so far. The navigation from one place to other is pretty easy, you can quickly move around from strategic positioning. If you are finding it difficult then there is a Tutorial Mode option present it the game. It gives you the option to get the feel for the controls and lead character’s abilities. The best part is that if the player decides to go into the tutorial mode then it won’t affect the game and can be replayed as many time as required. After being done with it, players are put right back into the game from where they left off.

In terms of graphics, Deus Ex: Mankind Divided surely looks a next-gen game. It runs at 900p/30FPS on Xbox One. The game suffers from an FPS drop and tearing issue during sequences with a lot of NPCs. Thankfully, during gameplay the game hits the 30FPS target perfectly, without any issue.

I am not going to spoil anything here but would surely give my thought that the storyline of Deus Ex Mankind Divided is very intriguing and will keep you on the edge of your seat. On top of this, the side quests are also done pretty well.

The two returning features in Deus Ex Mankind Divided is Battery System and Hacking. Talking about the battery system, the working of it depends on the situation you are in, for example, it will force players to think about how to approach a mission and use it in a frugal manner i.e. use only little of it as you are running out of stock. There will be many scenarios where you will be the usage of Battery system is causing more damage than doing good. Taking downs enemies via non-lethal mean need you to have a battery power? Cmon gives me a break, how this takedown is any different than the sprinting or super jumping?

Coming to hacking, there is hardly any difference I have come across about the working of hacking in Mankind Divided and Human Revolution. The world of Mankind Divided is filled with a ton of keypads to hack, computers to find codes and many others. Going after all these collectibles will clear the situation you are in and will also give you a deeper look at the world around you.

A statement from Square Enix on Mankind Divided DLC content reads: Pre-order and DLC items for the game can only be used ONE TIME and are Saved Locked. For those who can’t interpret this: It means when a player decides to take the item out of Storage, he/she can’t redeem it again. In simple term, it means the player can claim the pre-order guns just once. A SH*T move from Square Enix. So it would be wise on player’s part to no opt for microtransaction items in Mankind Divided, it can only be used once.

Deus Ex: Mankind Divided has everything that action-RPG fans expect. It is possibly the best game in the Deus Ex video game franchise. The graphics truly looks next-gen. The freedom you receive to complete the missions and side-quests is really the “Hit the bull’s-eye” move from Eidos Montreal as it encourages different play styles. Go for it guys, you will surely not get disappointed with what Mankind Divided storyline offers you.