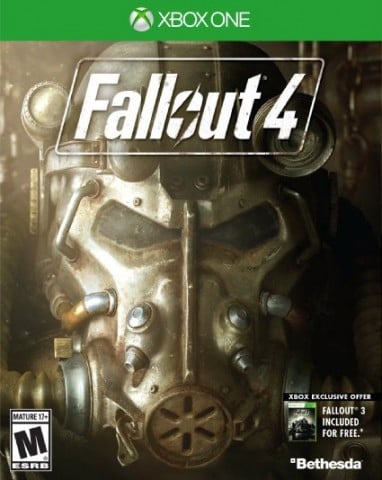 Fallout 4, the biggest release of 2015 is finally out on retail shelves. The hype and expectations surrounding the game was massive and Bethesda’s decision to not show any gameplay footage before launch added fuel to the fire. Many took this decision of Bethesda as a confident move whereas others were of the opinion that the studio is hiding their shortcomings (bugs, glitches, graphics/visuals downgrade report) behind it. Does Fallout 4 live up to all the hype and expectations? Let’s try to find out the answer to this billion dollar query in our review below.

If I want to sum up everything about Fallout 4 in one sentence then I would say that Fallout 4 is solid in terms of gameplay because Bethesda used every minute thing that made the previous installment, Fallout 3 so astonishing: post-apocalyptic setting, ton of radiated monsters and objects with which player can interact with, and the ability to customize things (in infinite ways) as per player’s requirements. As soon as you start Fallout 4, you will be greeted with one of the best Character Creation systems I have seen in a video game. I easily spend over half and hour using it, trying to get my character as close to Trevor (from GTA V, sadly I failed miserably but will surely give it another shot soon).

The sound design and music tracks are also excellent and it add a lot to the post-apocalyptic Boston City. The initial introductory storytelling sets up the game pretty well for you when you start it for the very first time. As compared to previous Fallout games, the start is also a bit difficult and right at the start you get a feeling that the you are being stranded in a disaster world and your survival journey ahead is not going to be a smooth one. The initial story telling that you will come across in the introductory scene is crafted perfectly and you will be motivated to seek your very first main quest.

Coming to armors and weapons in Fallout 4, they are available in huge numbers and in different varieties, layered perfectly. Furthermore, add to it the possibility of adding multiple mods on the same weapon for different variants of each weapon, on my first use I checked out over 50 different base weapons. This personal customization feel is not restricted to just characters and guns, this time around Bethesda has added it to the new Settlement system. We have already seen a small glimpse of this new system in recently released indie survival games and few mods for Fallout New Vegas. Bethesda has implemented a full-fledged Settlement system in Fallout 4 and the end result is pretty excellent. Players need to take down scrap and use its material to build different items like doors, wall, lights and others. I won’t go into too many details about this new Settlement system but would like to add that most of its features are similar to what we saw in Fallout New Vegas mod called “Real Time Settler”. It’s good to see Bethesda continue their old tradition of adding best mods from previous games as a full-fledged feature in the new game. You might come across some shortcomings in the new system, but there is no need to worry as Fallout modding community will definitely improve things and provide more variety.

Bethesda has also added some great companions, some of them have great back stories. The feel and enjoyment you get by interacting some of them is awesome. My personal favorite is dogmeat, and Bethesda has added some truly great touches like he gets a bit scared if you use a vacuum cleaner but will not afraid to go head to head against giant monsters.

Graphics and visuals wise Fallout 4 looks great, Bethesda has done an excellent work on post-apocalyptic setting, some of the locations in the game looks mindblowing. For exploring, Boston City is the much better location that Washington DC. There are lots of watery and marshy areas. You might get a familiar feeling and it is due to the fact that Bethesda has used the same game engine and reused assets. However, the new light ray engine really makes a whole lot of difference, it can make for some breathtaking views. One of the most memorable moment I came across while exploring was: I dive deep into the underwater structure to explore (this area was not in the pip-boy) after few minutes I panicked because I was running out of airs.

The first thing that I don’t like about Fallout 4 is the world map size which is relatively small as compared to recently released open world game like The Witcher 3 and GTA V. No doubt, Fallout 4 is ton of sewers and tunnels, but in my opinion if you have seen one sewer or tunnel then you have seen all of them. Except for companion quests, the writing feels a bit terrible. Coming to dialogue, the thing which made Fallout fans instantly fall in love with Fallout 2 was complex and interesting dialogue, don’t expect any of this sort in Fallout 4. Also, I didn’t like the ending as well, it was disappointing for more considering the fact that you just have TWO choices with a twist that you can make out from many a mile away. Bethesda has removed SKILLS and replaced it with PERKS and SPECIAL for player’s progression. No Skills and deliberate focus of FPS gameplay doesn’t make Fallout 4 feels like an RPG.

Loyal Fallout fans will be happy and satisfied with what Bethesda is offering them in Fallout 4. The game is not that BAD, but it got a feeling that this is more of a cash-in attempt from Bethesda on a tried and test formula. There are some impressive moments in the game but not that much to carry forward the game till the end. Many new features have been added and they definitely bring a new feel, however after using them for few hours I came to know how much depth they lack, and this make them more of a marketing material. The lack of curiosity in the narrative and no emotional attachment to any of the characters will leave you to feel empty in the game.