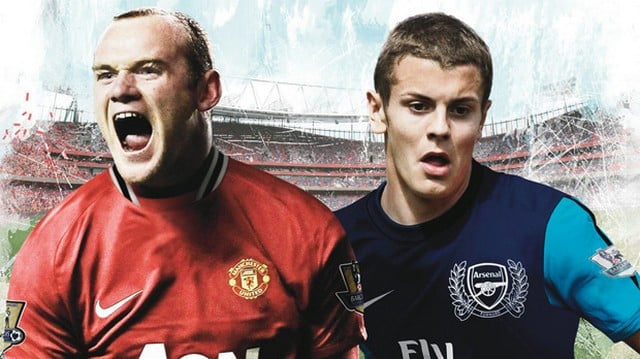 EA Sports promised all FIFA fans a “REVOLUTION” with FIFA 12, and guess what they haven’t disappointed. FIFA 12 a brand new soccer game is more than just a simple evolution of tried, tested and celebrated fundamentals initiated and fostered by previous games in FIFA franchise.

FIFA 12 features tons of new features and improvements, but two most important feature that make FIFA 12 a must have game for all are “New Career Mode” and entirely new “Impact Engine”.

Many fans thought that EA would run out of ideas and ways to improve FIFA franchise by now, but once again they managed to squeeze out another significantly improved game in the franchise, FIFA 12.

Hats off to developer FIFA 12 is the most football game ever launched.

In FIFA 12, the best and the easiest way for gamers to obtain the ball from opposing team was to put pressure on them. The game was based on the stance “Best Offence is Good Defence”. EA Sports has revolutionized this same system in FIFA 12 by introducing “CONTAIN” and “JOCKEY”. This means you must constantly control each and every movements of opposing players and force them to make an ERRORS. This new system is much more strategic way of going about things. The addition of this new system also means that slide tackling is less effective.

FIFA 12 tactical defending feature also add realism feel. If gamers mark their man, rather than running around and wait for the ball to be kicked or thrown toward them, they are most likely to gain possession and if players keep their fitness to higher level, other gamers will sometimes fall behind giving them the decisive advantage over their opponent.

Franchise veterans may find all these new additions a bit challenging, but pressure system of FIFA 11 can be toggled on. However, one thing players need to bear in mind that this style of play is much more primitive mode and restricts both strategy and realism.

EA Canada has made tons of improvements to FIFA 12 career mode. This time around Career mode features simple and sleek menus, along with easy to understand information sections.

FIFA 12 Career mode has lot less things to clutter up the screen, and this allows gamers to easily scroll through all the options and features available to them. Once again gamers or clubs will get goals to complete over the course of a season. These goals range from winning a domestic cup to more detailed approach to where to end up in the league.

Transfers Window part of Career mode now have a new “Deadline Day” feature, which makes it more of a race against time thing. This means that in FIFA 12 gamers have to be more calculating in their bids. This new addition not only makes FIFA 12 more realistic, with many gamers making a last minute transfers, but it also add lots of suspense element if you are trying very hard to sign a final player for your team.

Other small but great improvements in Career mode come from intelligent media. Whenever a players start to talk about retirement the in-game media picks up the byte and reports about the players and the Club he’s at.

The presentation department is another area where FIFA 12 has seen tons of improvements as compared to previous games. FIFA 12 graphics and visuals are visual treat to eye, and the all new default camera angle allows for a better overview of the pitch.

The commentary and in-game music will take players gameplay experience to a new level. There are few commentary related glitches, but FIFA 12 commentary team has done a great job.

All thanks to FIFA 12 new engine, the tackles in the game truly look amazing. The site, Diving in, seeing the opponent go flying and getting away with it as clean tackle is one of mine personal favourite moment of FIFA 12. In FIFA 11 tackles were full of a collapsing or stumbling, but this time around it feels and look more forceful than ever before.

In FIFA 12 players can take part with their friends in online friendlies or in intimidating ten leagues of online play that EA offers. Here players will earn points to advance up the ranks. The top three leagues will then advance to the Continental Cup at the end of each season. Players will also take on the teams that are similar rank to them. In friendly matches players are allowed to post their best results, share game experience and challenge others. EA Sports Football Club, another new concept, and is supposed to recreate real-world challenges.

In FIFA 12 there is really a very small improvement to the crowd. This time around they are much better than the cardboard crowd, but yet still lack in both departments visuals and animations. When crowd in FIFA 12 celebrates, the entire crowd in the stadium seems to do the same stiff unpolished animation. In FIFA 12, the crowd especially sticks out during goal celebration when the camera zooms in.

With FIFA 12, EA Sports once again proves to the world that they are still the King of authenticity in nearly all major sports leagues. The developer has made improvements to almost each and every department of the game, however there are still some minor graphics flaws. FIFA 12 gameplay is built for enjoyment, and to tell you the truth fans can have days, weeks and even months of fun. If you are a die hard fan of football, then FIFA 12 is a must have game for you.