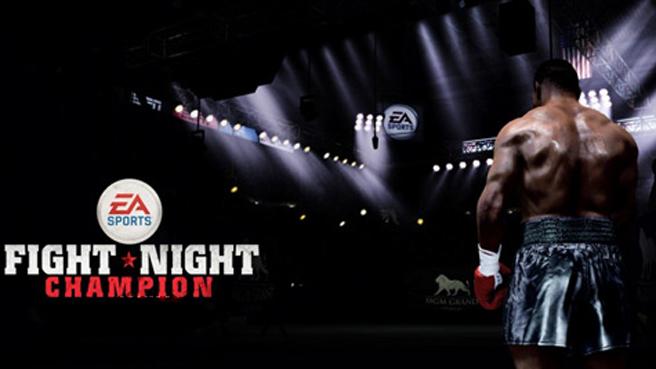 EA Sports is back with the latest installment in the Fight Night series called “Fight Night Champion”, the very first title of the publisher with Mature rating. Previous installment in the franchise carried stunning visuals, great addictive game modes, but this time EA Sports with Fight Night Champion has taken the series in a slightly new direction by incorporating many new things to it, such as new controller scheme, game mechanics, Champions mode and online mode.

Does this new addition brings rewards to fans of the Fight Night series or is this just like any other new feature added to the game?

Graphics and Visual wise Fight Night Champion has improved a lot in comparison to previous game in the series, were almost all boxers gave a cartoonist looks. In Fight Night Champion there are over 50 licensed boxers, all of them look atleast 95 percent dead on to their real counterparts. The muscle flex engine in the game has also been improved, gamers can literally see the muscles flex on their screen as Tyson brings that superknock rights over the hands of it. Fight Night Champion fans can expect to see their favorite boxer fight and move in the ring just as he would do in real life.

One more thing to remind you, be prepared for BLOOD in Fight Night Champion, since this is the very first Mature rated game title from EA Sports when your favorite boxer gets beaten up to a pulp expect more than just a bruise eye.

Fight Night Champion control has been completely revamped by the developer, no more moving of right stick in a particular direction and gesture to make punch (great news for gamers who complained about thumb pain). All players need to do is flick the right stick in a certain direction to throw hooks, crosses, throw overhead and do every other punch they perform in real life. Gamers who complain they can’t make use of right stick to make a punch, an alternate option is available for them (Button).

Blocking system in Fight Night Champion is also new, gone are the days when gamers need to keep holding a button and moving the stick to block, all boxers will automatically try to block the punches from the opponent, but players need to keep one thing in mind the longer they take to blocked incoming punches the more their guards will gear down.

One thing where Fight Night Champion shines is its Hollywood movie style “Champion Mode”, this mode take players through the game cover’s Andre Bishop’s career (has both in and outside the ring incident). It covers up everything means everything of Andre Bishop career. The fight in the Champion mode has objectives in them. One very exciting fight in this mode is when players break his right hand while making a punch on his opponent face and is forced to make use of his left hand during the entire fight.

In Fight Night Champion every player starts at a leveled rating of 78, however EA Sports has introduced a horrible XP system in the game by means of which players can go from overall 78 ratings to high 80-90. Players are given the ability by EA Sports to purchase XP points with the real life cash, worst case is that there is no limit to the amount of XP a particular player can purchase.

This has plagued online mode, as player won’t stand any chance against the higher rating and expert opponents until and unless they buy XP, or make their way through the game the old fashioned way (estimated time for this 2 months) to have high rating.

While the Champion Mode in Fight Night Champion is its selling points, Legacy mode falls short in some department. There is nothing new in this mode except the new XP system which is also there in the online gameplay. This is one point were i can say that Fight Night Champion start to go little sour.

Fight Night Champion as a whole is more than just a rehashed version of Fight Night Round 4, developer has added some pretty exciting new things that makes gameplay much deeper. The game’s multiplayer mode will keep you busy for many weeks. The biggest flaw is online world championship mode, just because of horrible XP system.

How to find Pokémon footprints for Sonia in Pokémon Sword

What are the Trials of Osiris map and rewards this

How to defeat Mutated Seraphim in Doom Eternal The Ancient